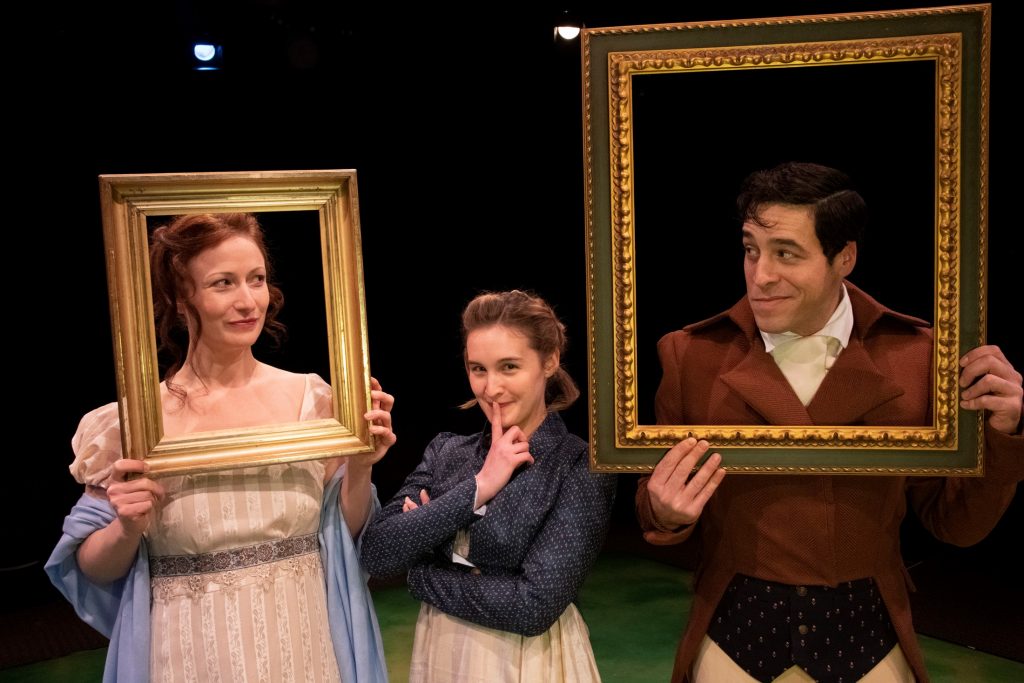 The Irish Classical Theatre Company is proud to present, as its third production of the Season, Sense & Sensibility by Jane Austen and adapted for the stage by Kate Hamill. Sense & Sensibility is a literary classic with a contemporary twist.  In this rousing romp of an adaptation, we revisit Jane Austen’s beloved novel in which the Dashwood Sisters – prudent Elinore and impulsive Marianne – are robbed of their wealth, social standing and matrimonial prospects by their father’s untimely death.  Hearts are given, lost and broken in the mad pursuit of happiness by a captivating cast of characters sure to sweep you away in this whirlwind of wit and romance.

“When ICTC Associate Director Chris Kelly approached me about producing this wonderfully inventive adaptation of Jane Austen’s by Kate Hamill at ICTC, we jumped at the chance,” said ICTC Artistic Director Vincent O’Neill.  “This is not your Grandmother’s Jane Austen, to be sure,” he continued.  “The New York Times described the off-Broadway production as ‘a whirlwind of delicious gossip … (an) enchanting romp of a play.’  This whimsical and endlessly entertaining adaptation delights, all the while staying true to the artistic sensibility of Jane Austen.  As The Washington Post says, ‘This is how you bring Jane Austen to the stage.’”

Performances will take place at The Andrews Theatre, home of the Irish Classical Theatre Company, 625 Main Street, from Friday, January 18th through Sunday, February 10, 2019.  The first Saturday matinee of the run, Saturday, January 19th, is Pay-As-You-Can. Information and tickets are available by phone at 853-ICTC (4282) or online at irishclassicaltheatre.com.