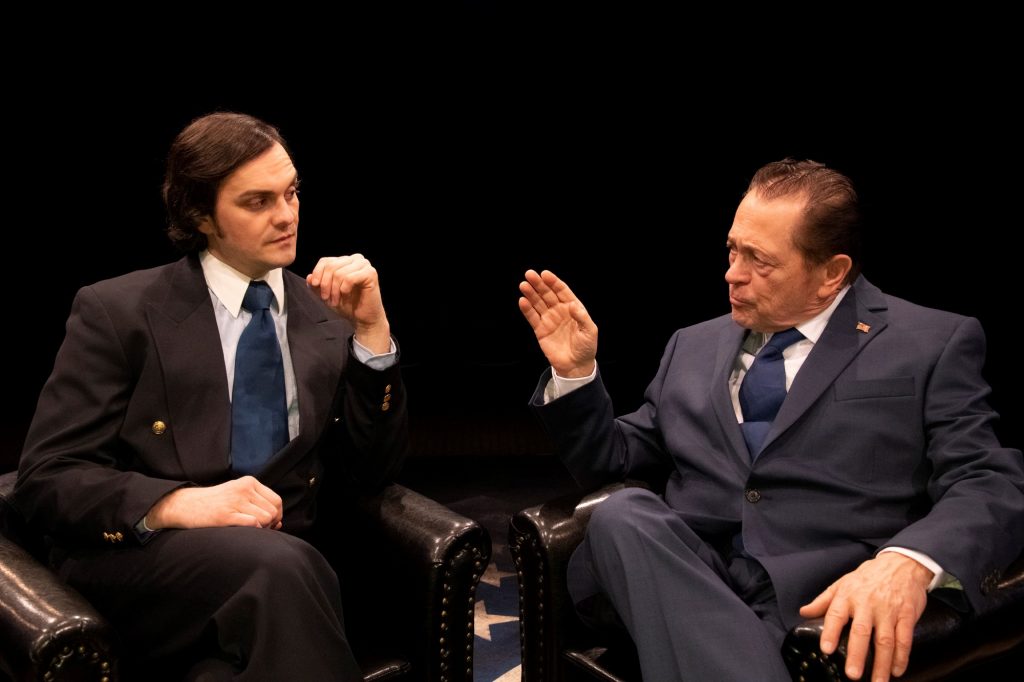 The Irish Classical Theatre Company is proud to present, as its fourth production of its 2018-2019 Season, FROST/NIXON by Peter Morgan. FROST/NIXON will be presented Friday, March 1st through Sunday, March 24th.

FROST/NIXON is a semi-fictionalized account of the contentious and controversial conversations between disgraced ex-president Richard M. Nixon and David Frost. Three years after the Watergate scandal, jet-setting playboy and talk show host David Frost risks his reputation and his personal finances to resurrect his floundering career by landing the most sought-after interview of its day. The former Commander-In-Chief, Nixon, attempts to remediate his tainted image and restore his legacy while Frost struggles to explore Nixon’s actions and motivations, changing America’s perception of its government and leaders forever.

“The Irish Classical Theatre Company is very excited to be presenting FROST/NIXON.as part of our Season of Power, Sex and Politics,” said ICTC Artistic Director Vincent O’Neill.  “This thought-provoking and riveting play, a virtual time capsule, takes us back to an immensely challenging period in American history and provides a fascinating character study of these two complex and enigmatic men,” he continued.  “As we contemplate power, its use and abuse, we are reminded that it was in this era that we collectively lost our political innocence,” O’Neill concluded.

Performances will take place Friday March 1st through Sunday, March 24th.  The first Saturday matinee of the run, Saturday, March 2nd, is Pay-As-You-Can.  Information and tickets are available by phone at (716)853-ICTC (4282) or online at irishclassicaltheatre.com.