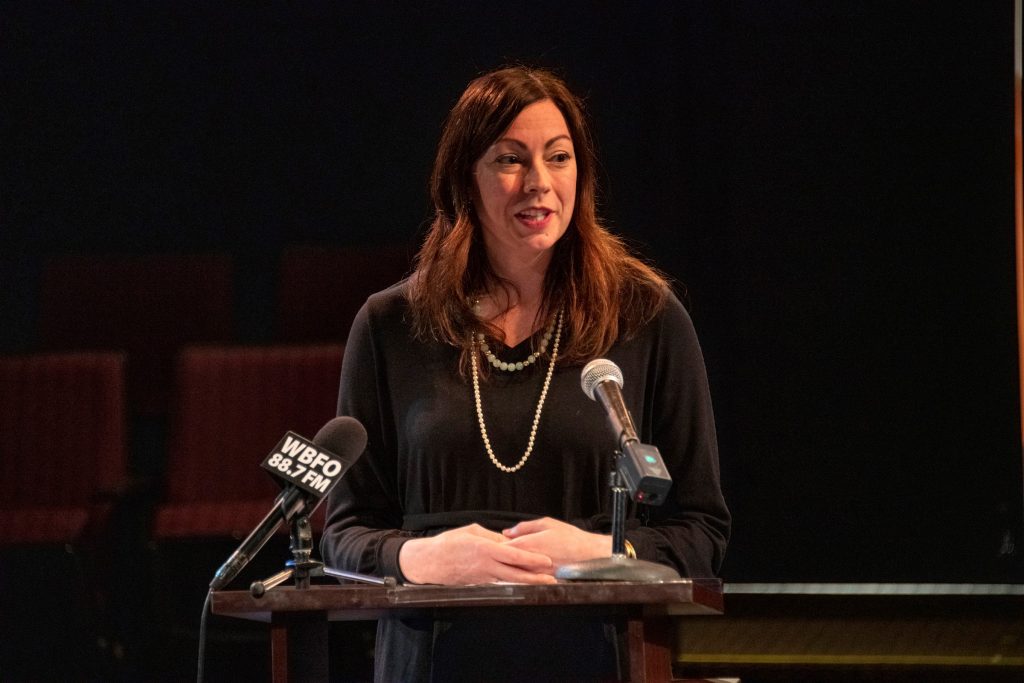 Vincent O’Neill, Artistic Director of the Irish Classical Theatre Company, and Kevin C. Brady, President of ICTC’s Board of Trustees, today announced its plans for a transition in Artistic Leadership and an exciting vision for the company’s future.  The transition will commence in the 2019-2020 Season and culminate during the celebration of ICTC’s 30th Anniversary Season in 2020-2021.

For the first three months of the transition period, Ms. LoConti Alcocer will work closely with ICTC Producing Director Fortunato Pezzimenti on all administrative functions of the company. Then, for one full Season (September 2019 through June 2020), she will work in tandem with and under the supervision of Vincent O’Neill on all artistic and production aspects of the Company.

Subsequent to the successful completion of this extended mentoring period, Ms. LoConti Alcocer will become Executive Artistic Director on July 1, 2020, with absolute discretion, independence and authority in all artistic and production matters of the Irish Classical Theatre Company.

“It is with great pleasure that we welcome Kate LoConti Alcocer to the Irish Classical Theatre Company’s creative team,” said O’Neill.  “Discussions about her role in the Company and her vision for the future of ICTC began in May 2018 and came to fruition with the enthusiastic approval of ICTC’s Board of Trustees on September 2018,  This calibrated transition in Artistic leadership will allow the Irish Classical Theatre Company to move forward seamlessly into 2020 and beyond with Ms. LoConti Alcocer at the helm,” he continued.

“I first knew Kate as Freshman acting student at U.B. and have followed her stellar career ever since – from her MFA at Columbia University to her work with Shattered Globe Company in Chicago, and the Steppenwolf and Goodman Theatres.  She has earned an exceptional reputation as a first-class actress on many stages in Western New York, including 14 leading roles at ICTC.
But beyond all of her qualifications and experience, what made me feel totally comfortable in handing over the reins is the extraordinary person that she is: her talent, intelligence, artistry, passion, commitment, energy, and above all her absolute love for her art, and her total dedication to high standards in acting, directing and design,” O’Neill concluded.

Founded in 1990 by Vincent O’Neill, Josephine Hogan, the late Chris O’Neill and the late Dr. James Warde, the Irish Classical Theatre Company is currently producing its 28th Season of plays at the highest level of artistic excellence for the audiences of Western New York, Southern Ontario and beyond.  Click here for more information on the Irish Classical Theatre Company.