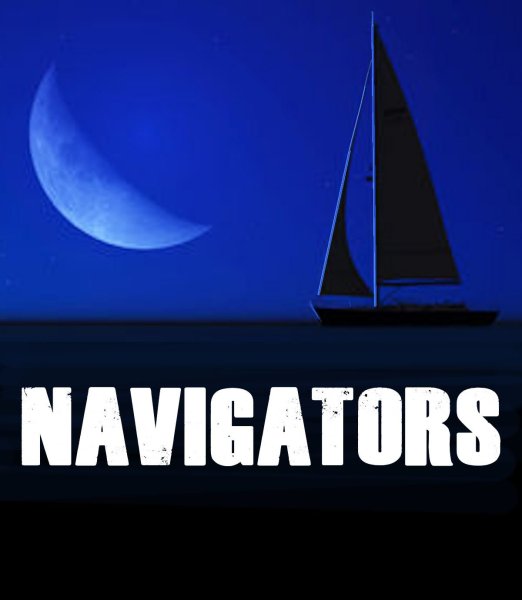 Alleyway Theatre will present the world premiere of Navigators by Gordon Farrell directed by Artistic Director Neal Radice. Opening night is September 12, 2019. It is the company’s first production of its 40th season dedicated to presenting new plays and musicals.

Fresh off his Broadway Hit play Lifespan Of A Fact, Gordon Farrell continues his longstanding relationship with Alleyway Theatre with the premiere of his latest play. A brother and sister are dealing with the recent death of a mother who had been a powerful political leader. Whispered secrets on her death bed now impact the lives of her children and may even have consequences for the U.S. Senate. Ah, Imagine a night of sailing with a political family casting off for deep secrets!

Gordon Farrell is Alleyway Theatre’s Playwright-in-Residence. His association with Alleyway began in 1991 with the premiere of Voice Of America. Two more plays followed before he and Neal Radice collaborated to create their highly acclaimed Sherlock Holmes musical trilogy in the late 1990’s. Most recently at Alleyway, the premiere of Girls Who Walked On Glass received rave reviews. Mr Farrell’s Lifespan Of A Fact debuted to critical acclaim this past season on Broadway at Roundabout’s Studio 54 starring Daniel Radcliffe, Cherry Jones and Bobby Cannavale. The New York Times called Lifespan a “terrifically engaging Broadway drama.” Lifespan earned Mr. Farrell the Outer Circle Critics John Gassner Award for outstanding American Play.

Trained as a playwright at the Yale School of Drama, Mr. Farrell received an MFA in 1986 and went from there to work with major Hollywood studios, initially as a story analyst for Warner Brothers and Columbia Pictures, and eventually as a screenwriter. He has written for hire and sold screenplays to Universal Pictures, Warner Brothers, MGM and ITC. Working in independent film, Mr. Farrell has written for and sold projects to NYC indie producer Norman Twain (producer, “Lean On Me”, “Boycott”, “My Dog Tulip”). His first independent screenplay, “Girls Who Smoke”, premiered in 2011. It went on to be an official selection at over a dozen film festivals, ultimately winning the Audience Choice Award in Seattle at the Post Alley Film Festival. His plays have been produced in San Francisco, the Yale School of Drama in New Haven, and at Primary Stages in New York. He is the author of “The Power of the Playwright’s Vision”, published by Heinemann Press in 2001. Mr. Farrell resides in New York City where he is also an award-winning computer game designer.

Chris J Handley is Alleyway Theatre’s Assistant Artistic Director in preparation for his stepping into the leadership position of the company beginning in July, 2020. He has worked in theatre for over twenty years in Buffalo, New York City, and across the country as an actor, teacher, director, and producer. His work on stage includes new, classic, and contemporary plays and musicals, television commercials, an award-winning independent soap opera, over two years as an entertainer on a Mississippi riverboat, and numerous developmental workshops of new plays and musicals. He was last seen on the Alleyway stage in the title role of Philosophus. Locally, he earned three Artie nominations: Best Actor in a Musical for Assassins and Alleyway’s Reefer Madness and Best Actor in a Play for Talley’s Follie. Mr. Handley holds an MFA in Acting from Indiana University, and a BFA in Musical Theatre from SUNY Fredonia and is a member of Actors’ Equity Association. Also featured in the cast are Sandra Roberts and Tom Owen.

Ticket Availability: Online at alleyway.com or at the box office 30 minutes before each performance. Pay-What-You-Can Performance on a rush basis only. Group rates available. Box Office: 716-852-2600 ext 0.

For  more information or to purchase tickets, visit http://alleyway.com.