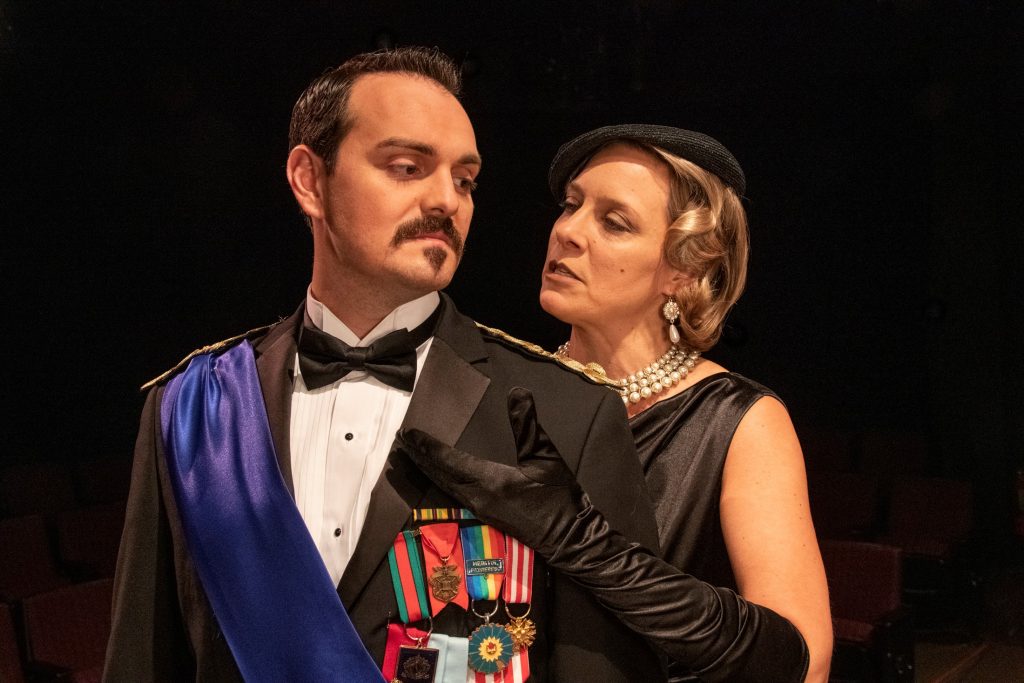 The Irish Classical Theatre Company is proud to present, as its first production of the Season, ‘Tis A Pity She’s A Whore by English dramatist John Ford. ‘Tis A Pity She’s A Whore will be presented Friday, September 20th through Sunday, October 13th. The dreadful demise of Shakespeare’s star-crossed lovers in Romeo & Juliet and the unrestrained passion of his Othello are arguably eclipsed by this rarely revived 17th Century Jacobean drama. ‘Tis Pity She’s a Whore is a tale of forbidden love, deception and gruesome revenge that will provoke the mind and disquiet the heart as Annabella and Giovanni risk all by consummating their love in defiance of society, the law and the Church. In this world rife with corruption, greed and misogyny, who will bear the blame, and who will pay the price?

‘Tis A Pity She’s A Whore is directed by ICTC Producing Director Fortunato Pezzimenti who previously directed many successful plays and musicals for the company, most recently last Season’s Golden Boy.  Other work includes direction of The Awful Truth, Fully Committed, Outside Mullingar, After Miss Julie, The Liar, School for Husbands, Next to Normal (ARTIE Awards: Outstanding Production of a Musical, Outstanding Direction of a Musical; and a Best of WNY Award – Best Theatre Production, Buffalo Spree Magazine).

Performances will take place at The Andrews Theatre, home of the Irish Classical Theatre Company, 625 Main Street, Buffalo, Friday September 20th, continuing through Sunday, October 13th. Curtain time on Friday, September 20th will be 8p.  Curtain times for the remaining performances will be Thursdays through Saturdays at 7:30p, with Matinees on Saturdays at 3p and Sundays at 2p.

The first Saturday Matinee of the run, Saturday, September 21st, is Pay-As-You-Can.  Information and tickets are available by phone at 853-ICTC (4282) or online at irishclassical.com.