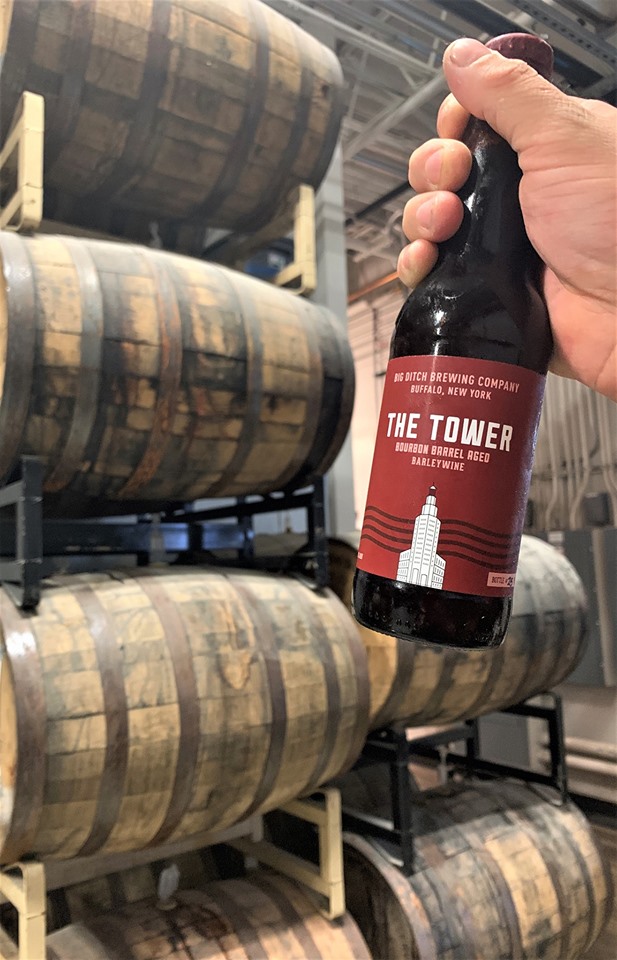 October 3rd through October 6th, join Big Ditch Brewing Company for the Festival Eve Barrel Aged Beers Release Party! As Big Ditch welcomes The Festival (via Shelton Brothers) to Buffalo, we are proud to release several barrel aged beers that are sure to keep both local and visiting beer geeks happy.

1) BOURBON BARREL AGED BARLEYWINE: THE TOWER
Our brewery sits in the shadow of the Electric Tower, which is where the New Year’s Eve ball drops in Buffalo, and we brew The Tower to celebrate the coming of the new year. We aged some of the 2019 batch in a single bourbon barrel from Tommyrotter Distillery, also from Buffalo, for nine months. The result is a wonderfully complex combination of rich toffee and silky caramel with finishing touches of citrus, honey, pine, and oak. This beer is amazingly smooth for its 10.5% ABV and will continue to mature in the bottle. — Less than 200 x 12 oz. bottles filled, $9 each, 2 pp limits. Also available on draft.

5) TBA
One more barrel aged beer to be announced…

6) LOCK IPA #7: DART (BATCH 2)
Not barrel aged, but the second and final batch from this installment of our Lock IPA series. Dart is brewed with lots of adjunct grains, mainly malted and flaked oats, as well as Vic Secret, Mosaic, and Citra hops. The oats make this beer luxuriously creamy while the hops add immense flavors of pineapple and passion fruit to the beer. — 16 oz. four-packs, $14.99. Also available on draft.