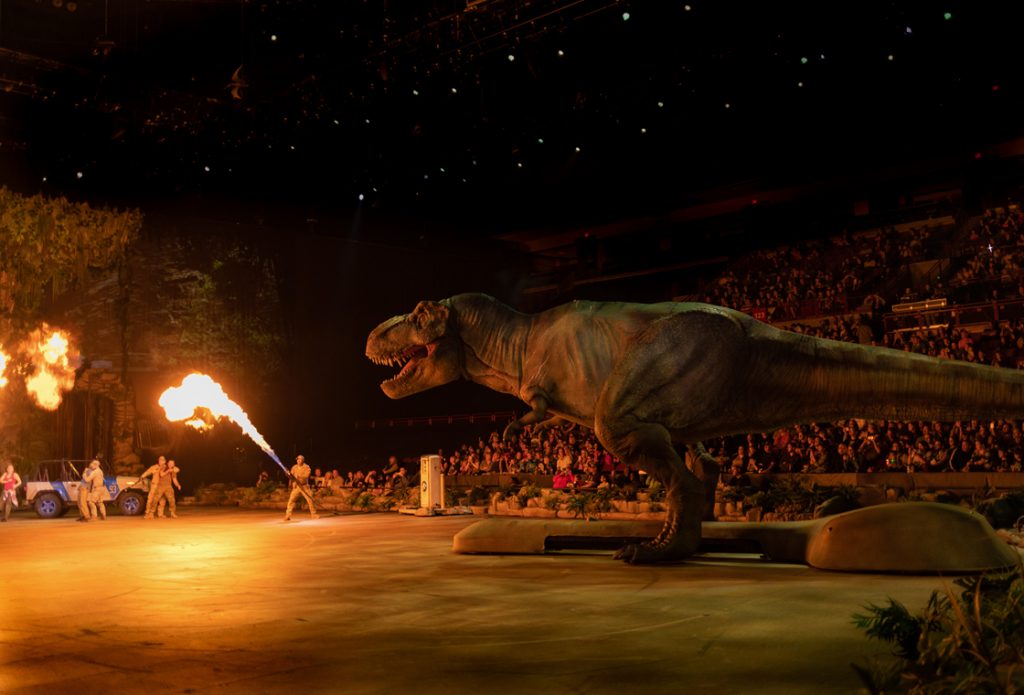 Calling all fans of Jurassic World! Jurassic World is coming to life for the first time ever in a live show. If you’re a fan of the films, you have to see these authentic, life-sized dinosaurs. They blink and breathe as if they were real dinosaurs, and they’re coming to KeyBank Center! This live-action show is coming to Buffalo in October. The show will feature more than 20 characters including 9 dinosaurs – the mighty T. Rex, Blue the Raptor, Triceratops, Pteranodons, and Baby Stegosaurus plus hero and villain characters. The live show experience is based on the original story. But it’s also a brand-new production complete with new human and dinosaur characters that aren’t in the movies as well as old favorites.

The Jurassic World brand is known for creating a next level experience and the show features special effects, including strobe lights, and a safe theatrical fog.

Tickets start at $20. If you’re ready to take a trip to Isla Nublar, grab your tickets today! The show is approximately two hours long, including a 15-20 minute intermission. Lock in your price and location before all the best seats are gone.  For more information or to purchase tickets, click here.