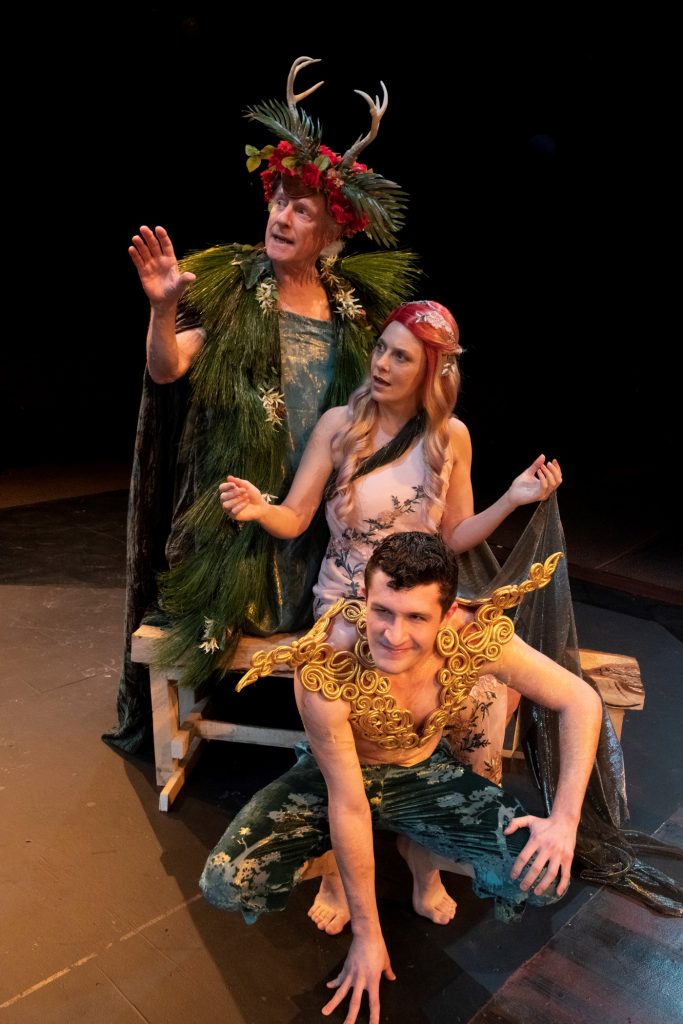 The Buffalo Philharmonic Orchestra and the Irish Classical Theatre Company are proud to present a collaborative production of A Midsummer Night’s Dream by William Shakespeare performed to the ethereal and timeless compositions of Felix Mendelssohn. One of the most beloved comedies of the Shakespearean canon, A Midsummer Night’s Dream will be presented Friday, January 17th through Sunday, January 19th, at Kleinhans Music Hall.

In A Midsummer Night’s Dream, the stage is set for romance as the mystical faerie kingdom and the humdrum world of humans converge in this whimsical tale of magic, mischief and misplaced affection, as the woods beyond Athens become a topsy-turvy Garden of Eden for a single enchanted midsummer night. The Irish Classical Theatre Company performs the Bard’s beloved and hilarious comedy to the glorious compositions of Felix Mendelssohn, performed by the award-winning Buffalo Philharmonic Orchestra, under the baton of internationally acclaimed Conductor JoAnn Falletta.

“Shakespeare’s A Midsummer Night’s Dreamis an entrancing story of love in two worlds – the world of humans and the magic realm of the faeries,” said Maestra JoAnn Falletta, Conductor.   “It is impossible not to fall in love with this wonderful tale, where human and fairy worlds collide with hilarious results. Felix Mendelssohn discovered the play as a child, and at the age of 17, wrote music that stands as one of the greatest achievements in our symphonic world.  From the gossamer overture to the famous Wedding March to the irresistible peasant dance, the composition conjures up a vision of incomparable beauty,” she continued.  “Don’t be surprised if those faeries and humans actually appear on stage to present their tale—in the persons of our great friends and superb artists, the actors of the Irish Classical Theatre Company.  This weekend might very well be the highlight of our year!” Maestra Falletta concluded.