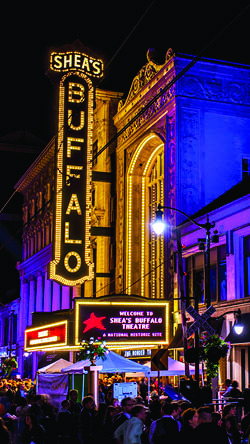 The M&T Bank 2020 – 21 Broadway Series at Shea’s Buffalo Theatre will include To Kill a Mockingbird, Tootsie, Pretty Woman: The Musical, Oklahoma!, My Fair Lady, Ain’t Too Proud, and Disney’s Frozen. Subscribers will have the option to include Hamilton in their Broadway package. Click here, for more information.