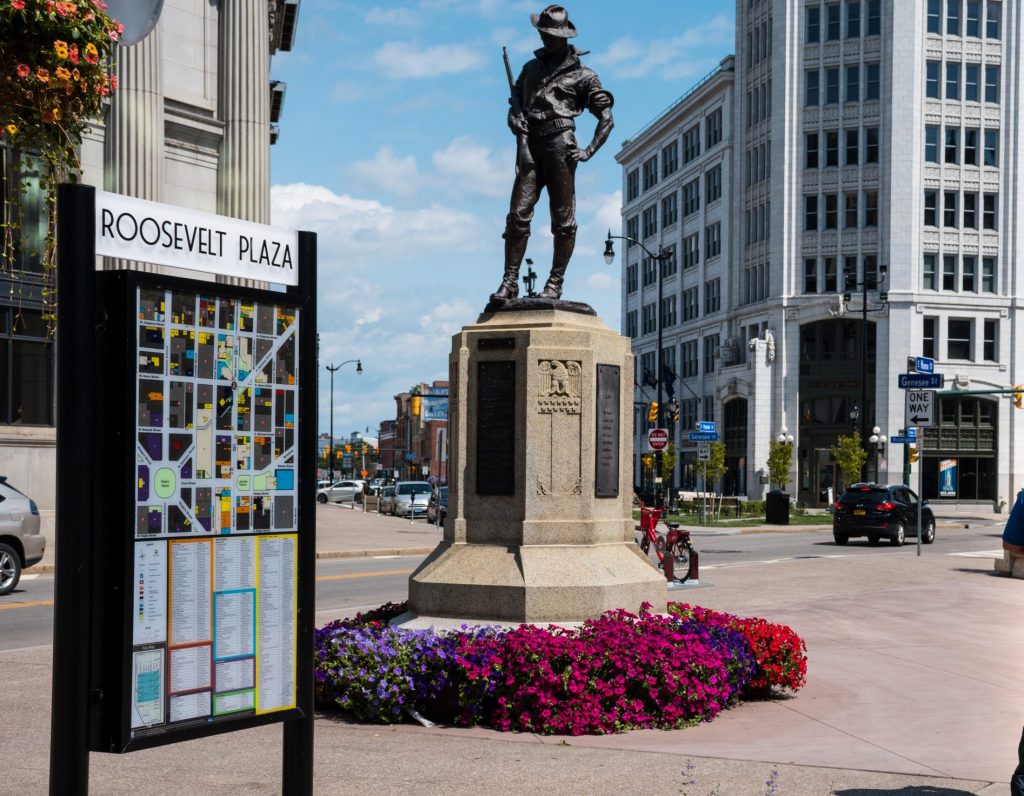 The Hiker at Roosevelt Plaza Turns 100!

Hiker Monument: “The Hiker,” created by Allen George Newman, was erected on May 29, 1920, in front of the Buffalo Savings Bank. The monument was dedicated to Army, Navy and Marine soldiers who served in the Spanish-American War and the Philippine Insurrection that occurred between 1898 and 1902.

These wars were significant because of the large volunteer force that participated. During these wars, volunteer infantry men referred to themselves casually as “hikers.” The sculpture incorporated this nickname into its title to memorialize these volunteers.

Buffalo is not the only city to feature this statue. A copy was installed in 1928 in the nearby town of Niagara Falls. Additional copies of “The Hiker” are installed all over the United States, including in Pittsburg, PA; Ypsilanti, MI; Staten Island, NY; Southbridge, MA; Woonsocket, RI; Westerly, RI; Wichita, KS; and in Arlington National Cemetery. Twenty-five years after it was commissioned, the monument was refurbished in 1945 for Memorial Day by the Buffalo Savings Bank.