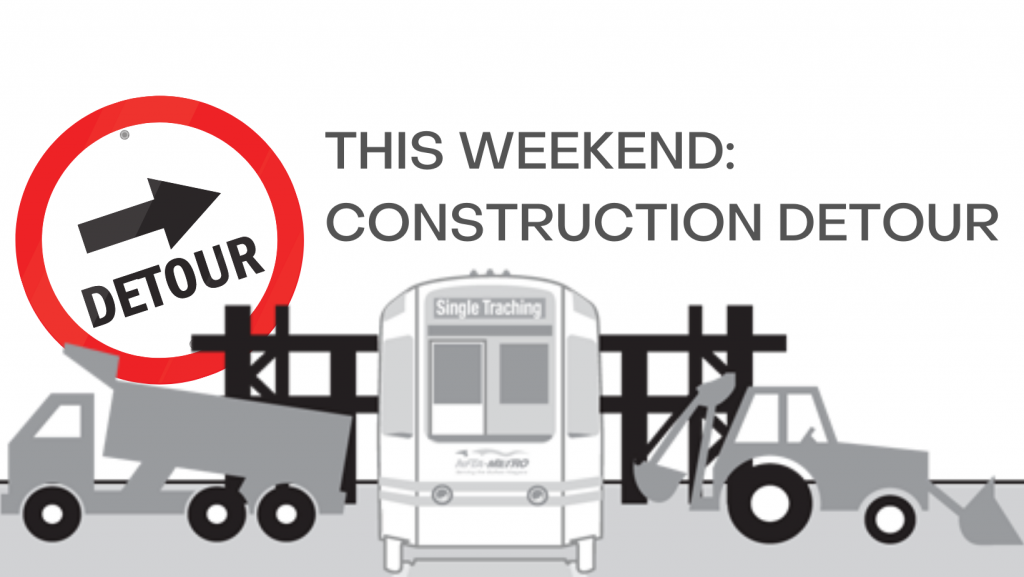 Cars Sharing Lower Main Street construction is getting an early spring start and it is going to affect traffic and parking on Main Street in the Theatre District, Fountain Plaza and 500 Block areas this weekend. Two new catenary poles are being installed near the Thruway overpass.  Metro Rail will not be able to run past Seneca Street to Canalside, and will need to run on a single tract to provide service. This will limit parking and driving on Main between Tupper and Mohawk Streets because trains will travel part of the time in the opposite direction as automobile traffic.

Metro Rail will run a train shuttle between the Fountain Plaza and Seneca stations on Saturday, March 20th and Sunday, March 21st. The shuttle will run on the east side of Main Street. Regular Metro Rail service will operate between the Fountain Plaza station and UB. The west side/ inbound Fountain Plaza station will be used for both inbound and outbound trips. Trains will not be able to reach the Erie Canal Harbor stations. https://metro.nfta.com/schedules/single-tracking. Of course, the #8 Metro Bus will run regular service – it goes to Canalside with a stop at Marine Drive and Pearl Street.

New catenary pole installation started last weekend with test pits to identify underground utilities.This Saturday, overhead high-voltage power lines will be powered off and pulled to the side. A drilling rig will be installed in the trackbed to excavate the new catenary pole bases to 24-feet-deep. Concrete foundations will be poured for both poles. Work will be completed on Sunday with restoring Metro Rail power lines.