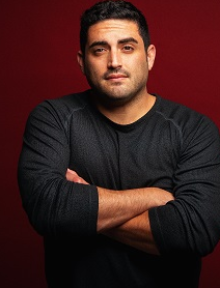 The New York City based comedian is the host of the popular JTrain Podcast, which is now touring live around the country. He has also recently been featured on MTV2’s new series “Vidiots,” as well as TruTV’s “NFL Full Contact,” MTV’s “Failosophy,” NBC’s “The Today Show,” NFL Network’s “Top Ten,” and AXS TV’s “Gotham Comedy Live.” His comedy is current and reflects the daily thoughts of every millennial you know.