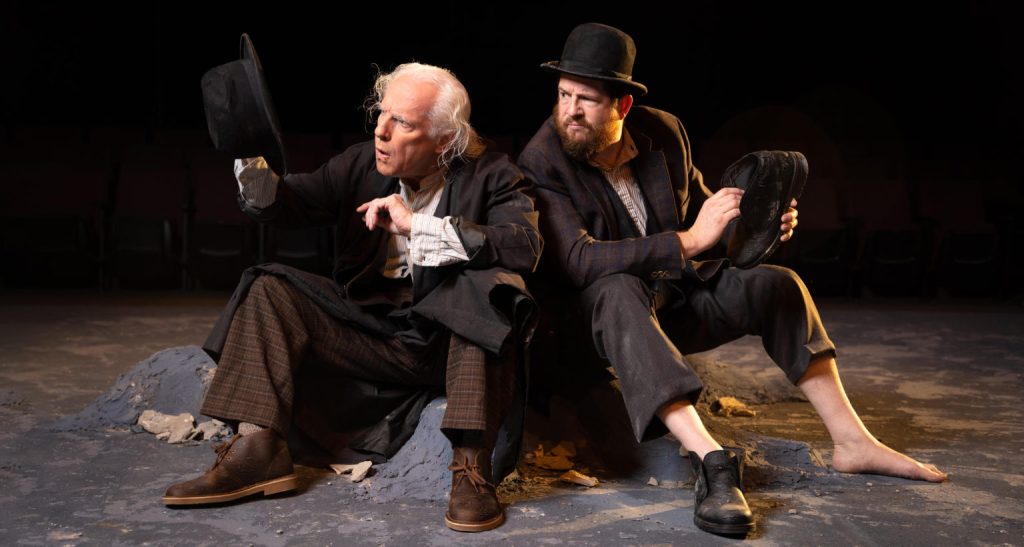 Waiting for Godot at The Andrews Theatre

Opening night of this show has been postponed to Friday, January 21st. Patrons who purchased tickets to the performances originally scheduled prior to the 21st will be contacted by the box office to exchange their tickets for another date, or to receive a refund.

The Irish Classical Theatre Company kicks off its 31st season with Waiting For Godot starring Vincent O’Neill and Brian Mysliwy.

In what is widely regarded as one of the 20th Century’s most important plays, Estragon and Vladimir, two tramps take up residence near a leafless tree, debating philosophy and playing games to pass the time while they wait for the elusive Mr. Godot. Executive Artistic Director Kate LoConti Alcocer directs the stellar cast featuring Todd Benzin, Ben Michael Moran, Jackson Snodgrass, and Teddy Hibbard.

Waiting for Godot runs January 21st through February 13th, with performances held Wednesdays-Sundays. There will also be an ASL interpreted and open captioned performance on Wednesday, February 9th. For more information, or to purchase tickets, click here.