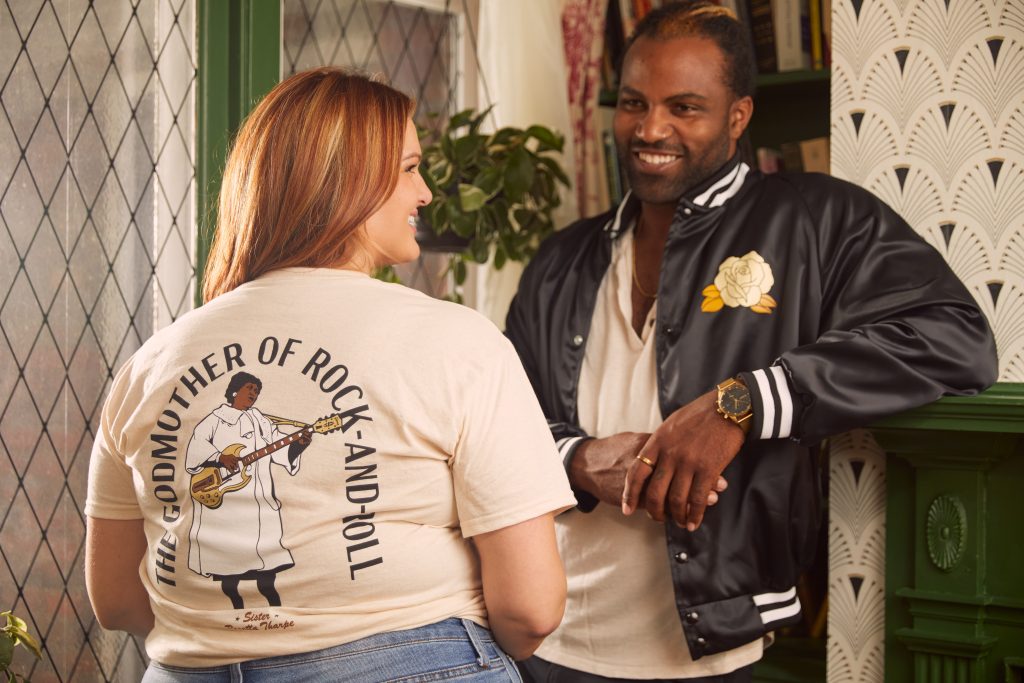 Gibson called Oxford Pennant in the spring of 2021 to assist with opening-day inventory for their first flagship store in the heart of Nashville, the Gibson Garage. Working with their enthusiasts and archivists, their initial round of work for Gibson came to life as a celebration of the logos and word marks used by the brand throughout the 20th century.

Most recently, Oxford Pennant designers Courtney Cheseborough and Evan Wachowski worked with Gibson to develop a collection of camp flags, pennants, pins and apparel that commemorate the career of Sister Rosetta Tharpe. Sister Rosetta is widely considered to be the “Godmother of Rock n’ Roll”, a pioneering artist who became a favorite of Little Richard, Elvis, Johnny Cash and Etta James. If you could have a chat with Elvis or Little Richard they would both look you dead in the eye and tell you that Sister Rosetta Tharpe was a force of nature who ignited the invention of rock music. Click here to view the full collection.