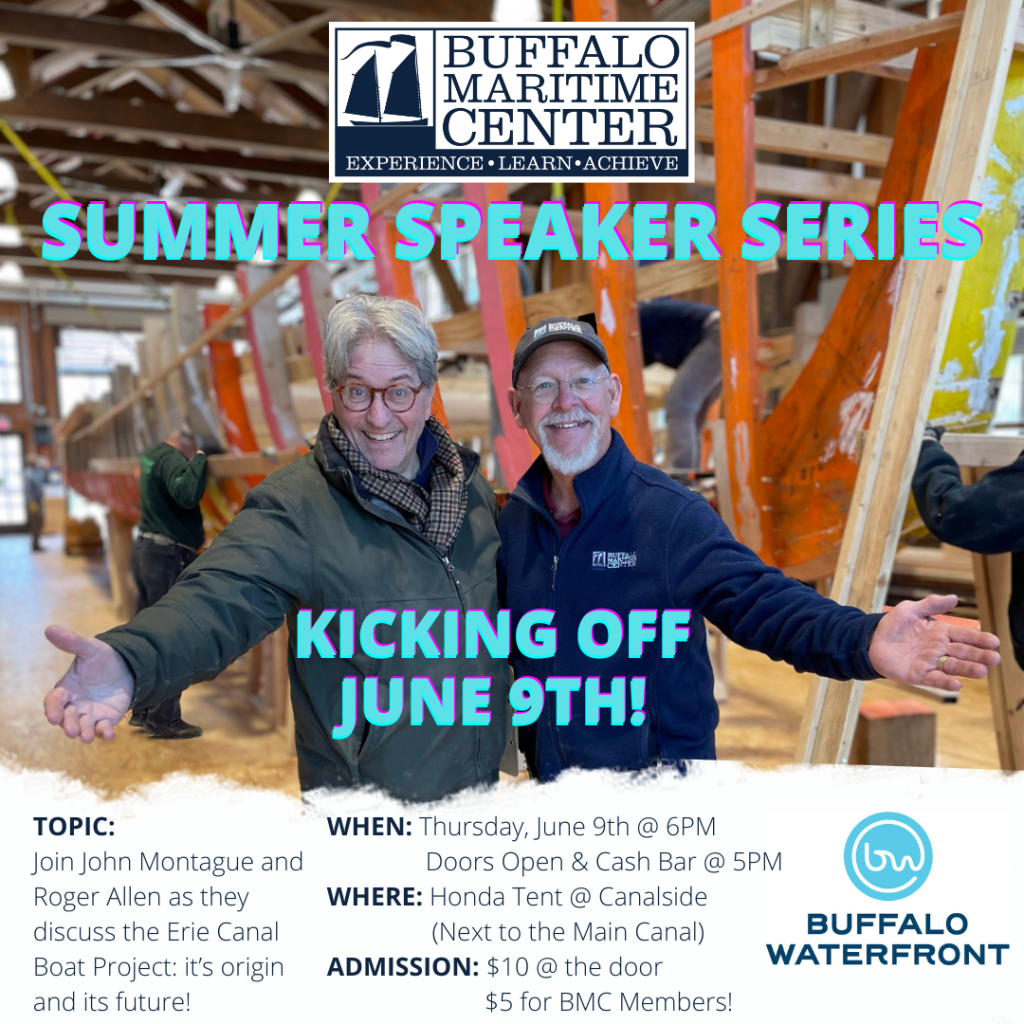 Please note that this first event in the Speaker Series originally scheduled for Thursday, May 26th has been postponed to June 9th!

To kick off Buffalo Maritime Center’s Summer Speaker Series on Thursday, June 9th at 6pm, join the Buffalo Maritime Center’s Founder and Master Boatbuilder as they discuss the history and the significance of the Erie Canal Boat, “Seneca Chief.” You’ll also hear about the progress as well plans for the future of this historic flagship that opened the Erie Canal in 1825.

The BMC Speaker Series will take place on Thursdays beginning on June 9th at the Honda Tent at Canalside (on the Main Canal across from Explore & More). This event has a $10 entrance fee per person or $5 for BMC Members. Doors will open at 5PM and there will be a cash bar before and after the event. Be sure to get there early to get a great seat!

Upcoming BMC Speaker Series Events at Canalside will Include: