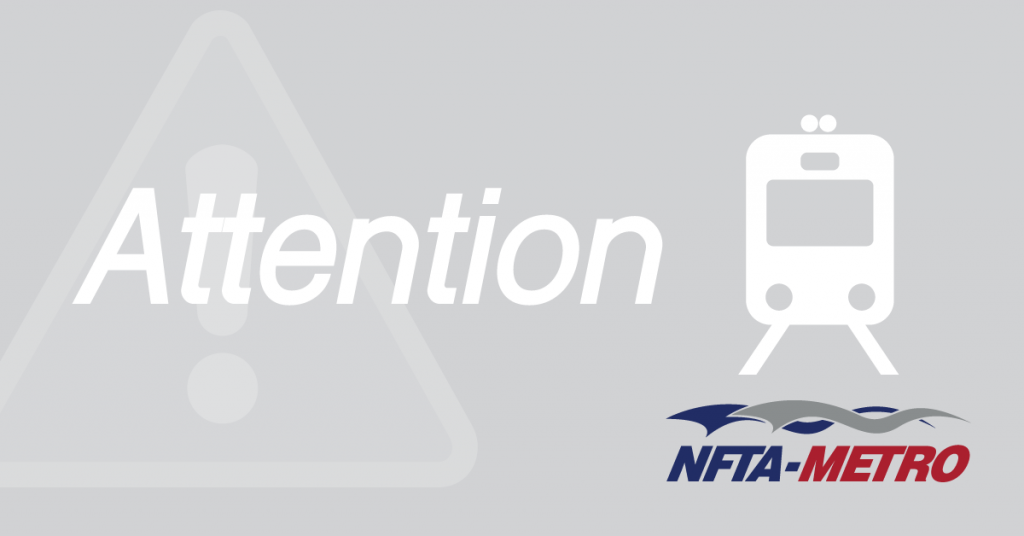 The NFTA will single track Metro Rail for the next three weeks from Monday, October 24th through Friday, November 11th.  Lower Main Street catenary power must be shut down during this full period so that crews can safely connect the new DL&W Station power system to Lower Main Street. NFTA will resume regular service if the work is completed ahead of schedule.

The regular single tracking protocol will be used, as described below. The Canalside Metro Rail Station will be closed and patrons will have to use the nearby Seneca Station until regular service resumes on Saturday, November 12th.

600 Block
·         Metro Rail will utilize the west side/ inbound lane between the portal to underground and Fountain Plaza.
·         No parking and driving will be allowed on the west side of the block.  The traffic gate adjacent to Shea’s will remain closed and the entrance at Tupper Street will be blocked.
·         Parking and driving will proceed as normal on the east side of the block, enter from Chippewa Street.

Fountain Plaza
·         Metro Rail will use both sides of this block for transfers between train service to underground and the rail shuttle running between Fountain Plaza and the Seneca station.
·         No parking or driving between Chippewa and Huron Streets.