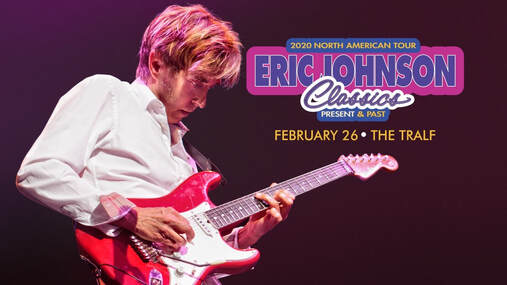 Join the Tralf Music Hall on Wednesday, February 26th for Eric Johnson. Considered to be one of the most respected guitarists on the planet, Eric Johnson is showcasing his soon to be released EJ Vol. II while simultaneously celebrating the 30th anniversary of his monumental Ah Via Musicom. In stark contrast to its acoustic predecessor, EJ Vol. II features intricate full band takes on rock, blues, country, and jazz. It is soon to be a classic. Meanwhile, Ah Via Musicom is filled with the guitar work that introduced Johnson to the world. The track, Cliffs Of Dover, made Johnson a Grammy winner in 1990 and the song remains as one of the most enduring rock instrumentals of all time. Throughout his career, Eric Johnson’s innovative guitar work continues to garner respect from both guitar afficcinados to more mainstream audiences. In both past and present, he has much to celebrate. Click here, for more information and to purchase tickets.