An Acoustic Evening with Bruce Wojick & The Struggle 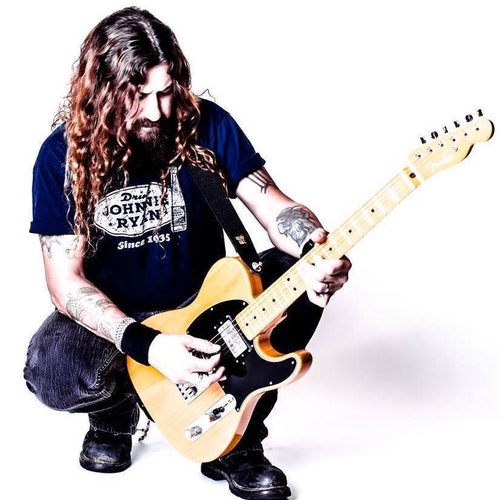 Friday, April 26th at 8p, join the 9th Ward at Babeville for an Acoustic Evening with Bruce Wojick & The Struggle. Doors will open at 7p.

Tickets are general admission seated for $20 in advance, and $23 day of show at Ticketfly.com, Babeville Box Office (M-F 11a-5p).

Bruce Wojick from Niagara Falls, NY is regarded as one of the most talented and respected guitarists and songwriters, in the Western, NY area. The veteran musician has been a mainstay on the area scene for nearly two decades, performing as a key component in two of the area’s best and most popular original rock bands–Gods Children and Klear, as well as the popular Strictly Hip, a tribute group who masterfully cover songs of the Tragically Hip.

Since 2001, he has been named the top original guitar player five times at the Buffalo Music Awards and has received several other guitarist awards throughout Western New York. Nationally, Wojick’s songs, have been featured in numerous television shows and films, including “Buffy the Vampire Slayer”, “X-Files”, “ER”, “Touched by an Angel”, “The Osbournes” and “E True Hollywood Story”, as well as the films “Vegas Vacation”, “The Station Agent” (Miramax), “Man of the House” (Disney) and “A Thousand Acres” (Meryl Streep and Jason Robards), as well as many more.

In 2009, he decided to go solo and blend rock, soul, country and Americana, to form his own unique style. With the debut release of 99′ With a Bullet (four song EP) in 2010, his first full length self titled record in 2011 and with his band, The Struggle, CD No. 2: Rock-N-Roll Music With An American Heart released in January 2015, he is blazing a trail.