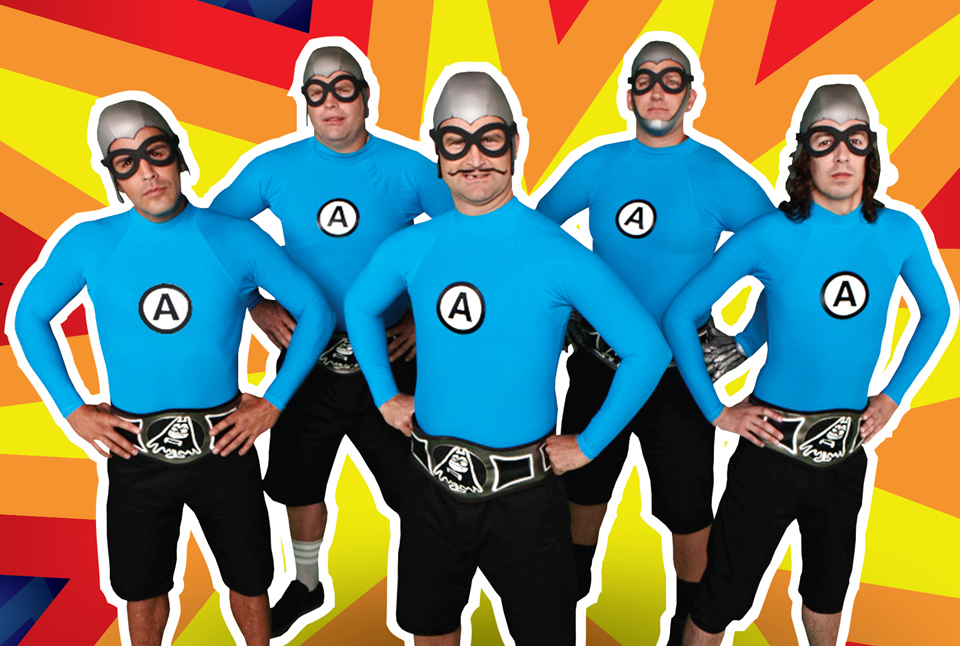 Saturday, September 14th, join the Town Ballroom for Aquabats at 6p. The Aquabats (often written as The Aquabats!) are an American rock band formed in 1994 in Huntington Beach, California and currently recording for Nitro Records. They have released six full-length studio albums (the newest, Hi-Five Soup!, in 2011) and have toured internationally. They are best known for their mythology, in which they claim to be superheroes on a quest to save the world from evil through music. As a part of this mythology the band members have adopted superhero pseudonyms and dress in matching costumes. Their eclectic live show often includes onstage “battles” with costumed foes, and the band has built up an elaborate and ever-changing backstory of their origins and adventures, along with a roster of allies and enemies. For more information, and to purchase tickets, click here.