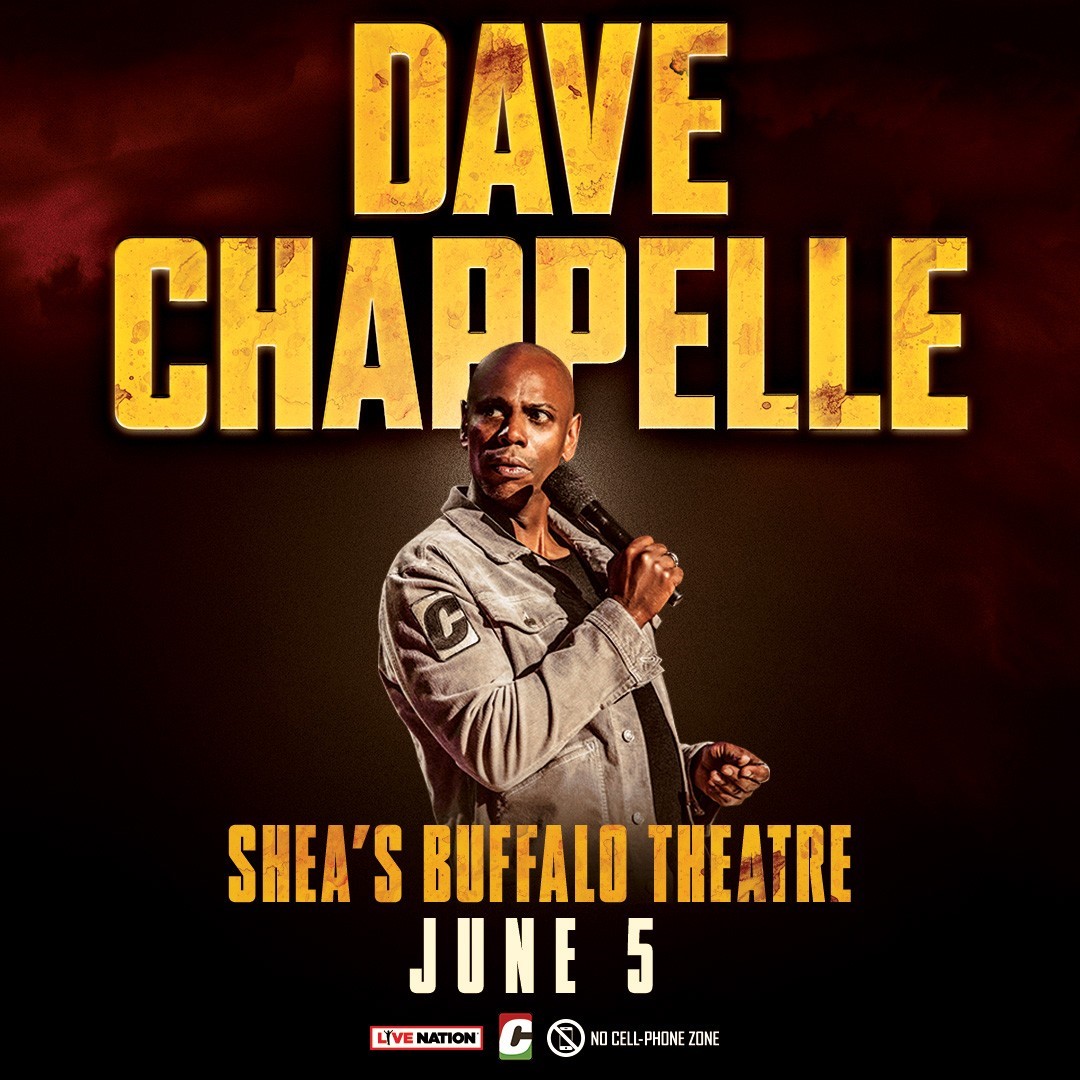 Comedian, screenwriter, television and film producer and actor Dave Chappelle will perform at Shea’s Buffalo Theatre on Sunday, June 5th at 7pm. Tickets will go on sale on Thursday, June 2 at 10 AM at LiveNation.com

Recognized as one of the greatest comedians of all time, Chappelle was awarded the prestigious Mark Twain Prize for American Humor from the John F. Kennedy Center for the Performing Arts in 2019. Chappelle’s work in stand-up comedy, writing, producing, and acting has earned him more than 30 nominations and awards in television and film for projects that include his groundbreaking sketch comedy television series, Chappelle’s Show, guest appearances on Saturday Night Live, and his comedy specials, which have collectively earned five Emmy Awards. In audio content, Chappelle has won the Grammy Award for Best Comedy Album three years in a row, 2018 through 2020. In 2017, Netflix cited Dave Chappelle: Collection 1 as the most-viewed comedy special ever on their network.

This is a strict NO CELL PHONES ALLOWED show. Please leave your phones in your cars or at home. Anyone who brings a cell phone will be required to place it in a locked pouch. Everyone is subject to a pat down and wanding. Anyone caught with a cell phone inside the venue will be immediately ejected.