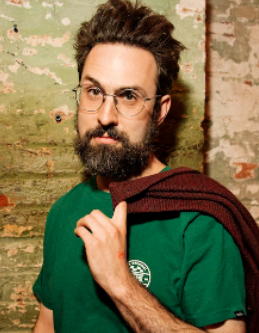 Doogie Horner was a semi-finalist on America’s Got Talent, where he won over a raucous NYC crowd. He performed on Dave Chapelle’s “Oddball Comedy Tour” and is a frequent guest on “Doug Loves Movies.” He is the author of the holiday classic “A Die Hard Christmas” and has written for Wired, McSweeney’s, and Fast Company. His comedy album, “A Delicate Man” was an AV Club ‘Staff Pick.’