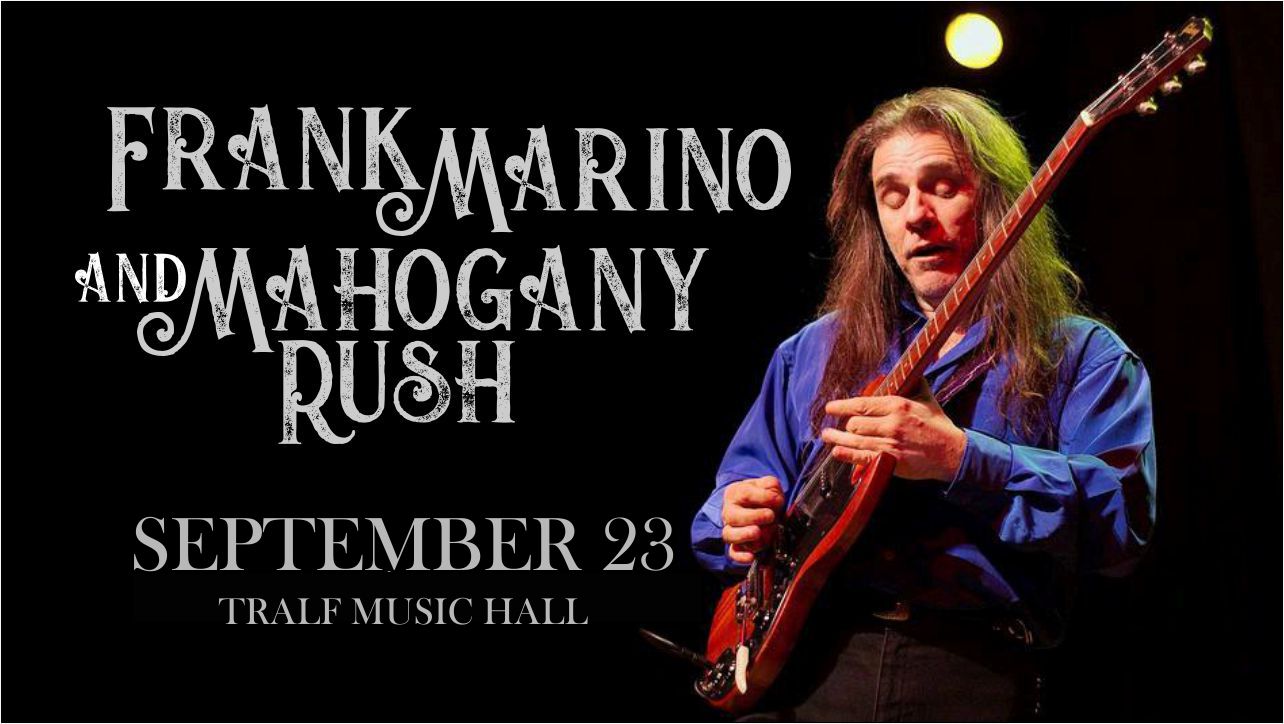 THIS SHOW HAS BEEN POSTPONED.

Wednesday, September 23rd, join the Tralf Music Hall for Frank Marino with special guests Mahogany Rush. This is a rescheduled show from April 21st and tickets will be honored. Doors will open at 7p and admission starts at $20 for this reserved seating show.

Mahogany Rush is a Canadian rock  band led by guitarist Frank Marino. The band had its peak of popularity in the 1970s, playing such venues as California Jam II together with bands such as Aerosmith, Ted Nugent and Heart. Mahogany Rush formed in Montreal during 1970. The band is perhaps best known for Marino’s soaring lead guitar which bears a strong resemblance to the playing of Jimi Hendrix.  Starting in the late 1970s, the group recorded and toured as Frank Marino & Mahogany Rush.

The music of Mahogany Rush is diverse, ranging from genres such as psychedelic rock, blues rock, and funk rock (styles which are most prevalent on the group’s early releases), to a more standard hard rock/heavy metal style in their later career. Marino himself has described the band’s sound as “The Grateful Dead meets jazz”.