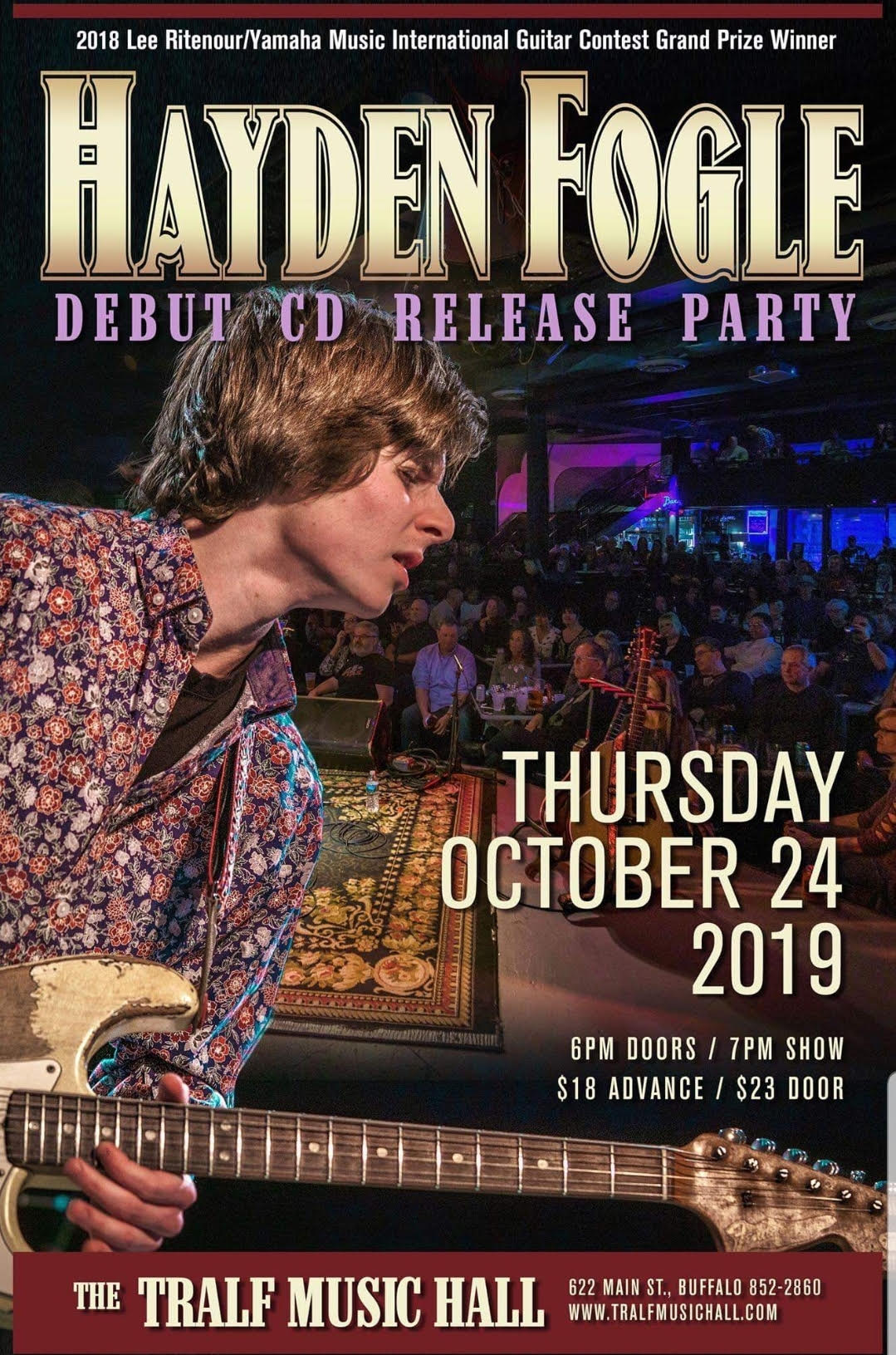 Thursday, October 24th, join the Tralf Music Hall for the Hayden Fogle Record Release Party. Hayden discovered the blues at an early age while living in Mississippi and started playing guitar just before his 9th Birthday. He was birthed into the music scene at age 12 when blues legend Buddy Guy invited him to play alongside him for a sold-out show at the one of the largest music venues in his hometown of Buffalo. Ever since, Hayden has surprised and entertained audiences across the world with his electrifying guitar playing abilities. Hayden has been invited to perform with many nationally well-known musicians including: Buddy Guy, James Cotton, Grammy® winning producer Tom Hambridge, Lee Ritenour, Robert Randolph, Davy Knowles, Donald Kinsey & Kinsey Report, Bob Margolin and several others.

Doors open at 6p and admission is $18 in advance and $23 on the day of the show. For more information, or to purchase tickets, visit www.tralfmusichall.com.
+ Google Calendar+ Add to iCalendar