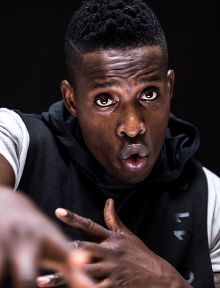 Join Helium Comedy Club the weekend of April 9th-11th for Godfrey. As one of the most dominant forces in the comedy circuit, Godfrey has been seen on stages from New York and Los Angeles to Dubai. Along with his own Comedy Central Special, his onscreen credits include “Zoolander,” “30 Rock,” and a recurring role on “Louie.”