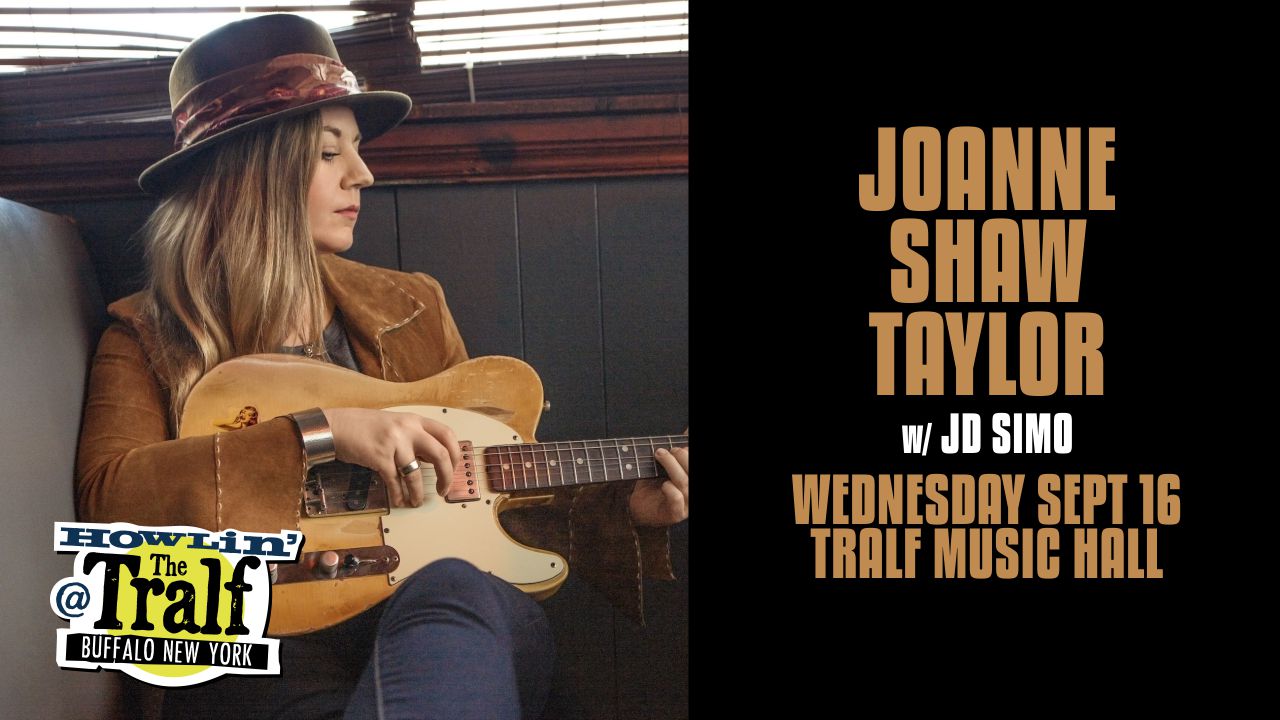 THIS SHOW HAS BEEN POSTPONED – NEW DATE TBA

Wednesday, September 16th, Howlin’ At The Tralf presents Joanne Shaw Taylor with special guest JD Simo! This is a rescheduled show from April 29th and tickets will be honored. Doors will open at 6p and admission is $20 in advance and $25 on the day of the show.

Joanne Shaw Taylor has established herself as the UK’s number one star of the blues rock world. The girl with the big voice from the Black Country has toured extensively around the world, released critically acclaimed albums and gained a global fan base as well as having the honor of playing alongside some of her musical idols.
​
For more information, or to purchase tickets, click here.