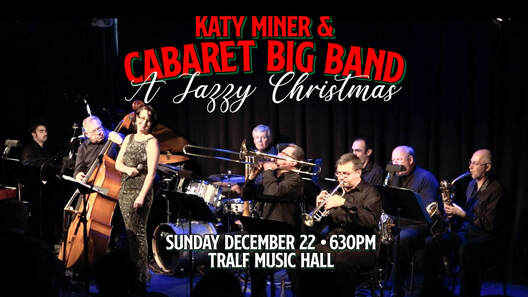 Sunday, December 22nd, the Tralf Music Hall presents the Cabaret Big Band Featuring Vocalist Katy Miner. The Cabaret Big Band originated in 2013 as part of MusicalFare Theater’s expansion of the Premier Cabaret Lounge. The Cabaret Big Band began with a production of a December Holiday show, which has become an annual tradition. The Cabaret Big Big Band has produced concerts such as Harold Arlen Tribute, a Cole Porter Tribute, an evening of The Music of Frank Sinatra, and Jazz On Broadway, which features great Broadway songs that became standards of the jazz repertoire.

Doors will open at 5:30p and admission is $27 in advance and $32 on the day of the show. For more information, or to purchase tickets, click here