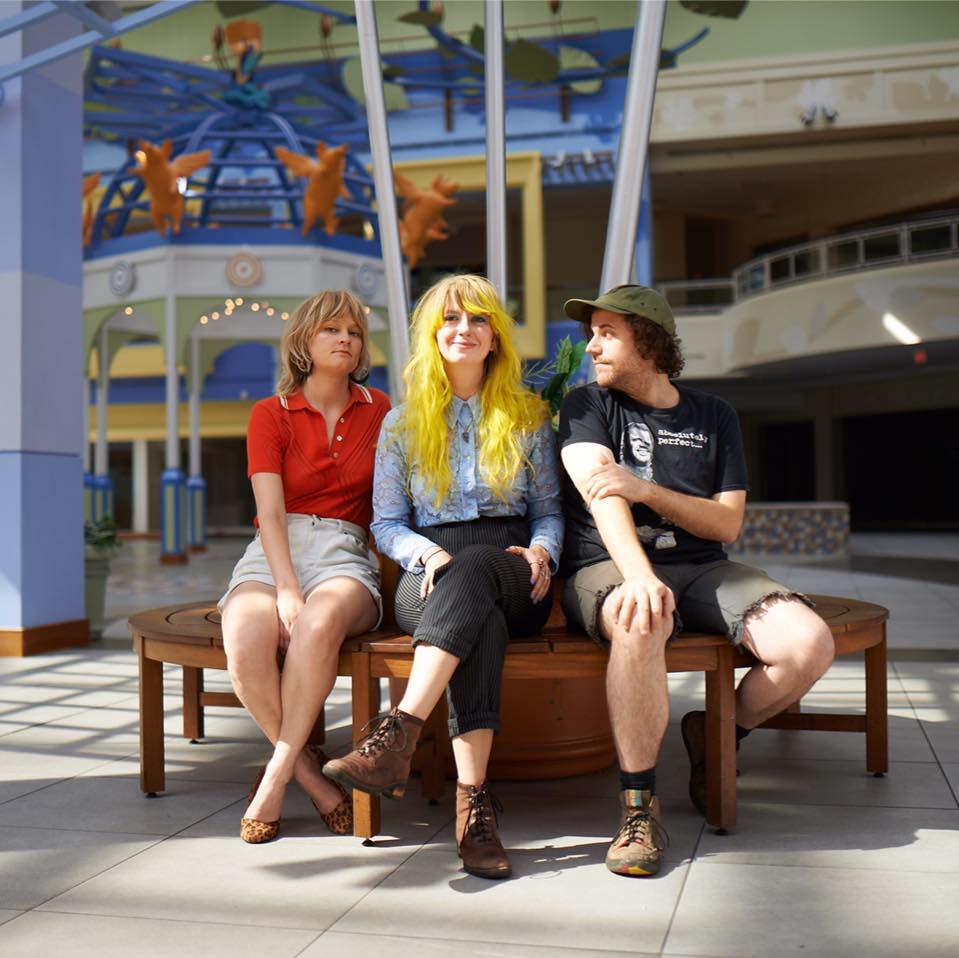 Let Me Know Your Moon is Leggy’s first release since their debut s/t in 2017 on Damnably Records, which compiled their previous EPs and singles into one remastered release. The record generated buzz from outlets such as Stereogum, Noisey, GoldFlakePaint and The Grey Estates – more than one of which praised the trio’s “swaggering punk rock”. “This album felt like a long time coming,” explained guitarist/vocalist Veronique Allaer of the new record, continuing “I tried to channel that nervous energy into pure adrenaline on the recording. Over the summer of 2019 I went to Antwerp, Belgium to spend a month at my grandparents’ home. They had both passed away and their beautiful home was on the market so I went to spend time there before it was sold. I felt a bit secluded and insular during the days there; I wanted to force myself to be creative. Being alone for a month in another country where I didn’t speak the language, surrounded by my family’s art, decor and clothing was super inspiring. My grandmother was such a special strong woman, the matriarch of our small family.”

The result is Let Me Know Your Moon, twelve tracks (including the previously released single “Not What You Need”) which deal heavily in interpersonal relationships. “The most prominent theme in this album is a relationship where you have to take a step back and ask ‘does this person water me? Do I water them?’ – meaning, do we help each other grow, are we good for each other? Is there anything more painful than realizing the person you love is no longer good for you?” explains Veronique of the album’s overarching themes. Lead single “Eden” contains the album’s title in its lyrics, drawing on the album’s motifs of questioning fate and how things like horoscopes have the potential to affect all of us – even if only as self-fulfilling prophecies.

Velvet Bethany from Buffalo NY, play a unique brand of punk. At times speedy and ferocious riffs, their songs are hard to get out of your head and catchy. After releasing two Cassettes in 2018, they’ve done it again with Rock and Roll Vacation. This cassette is an ode to ’90s punk like Bikini Kill or the Rondelles at times, but other musical influences often bleed through. For example, the opening intro and closing outro are a chip tune rendered version of a song from their past release titled “ Forbidden fruit”. The songs on the album are their best release to date, but to really get the Velvet Bethany experience, you have to catch them live!