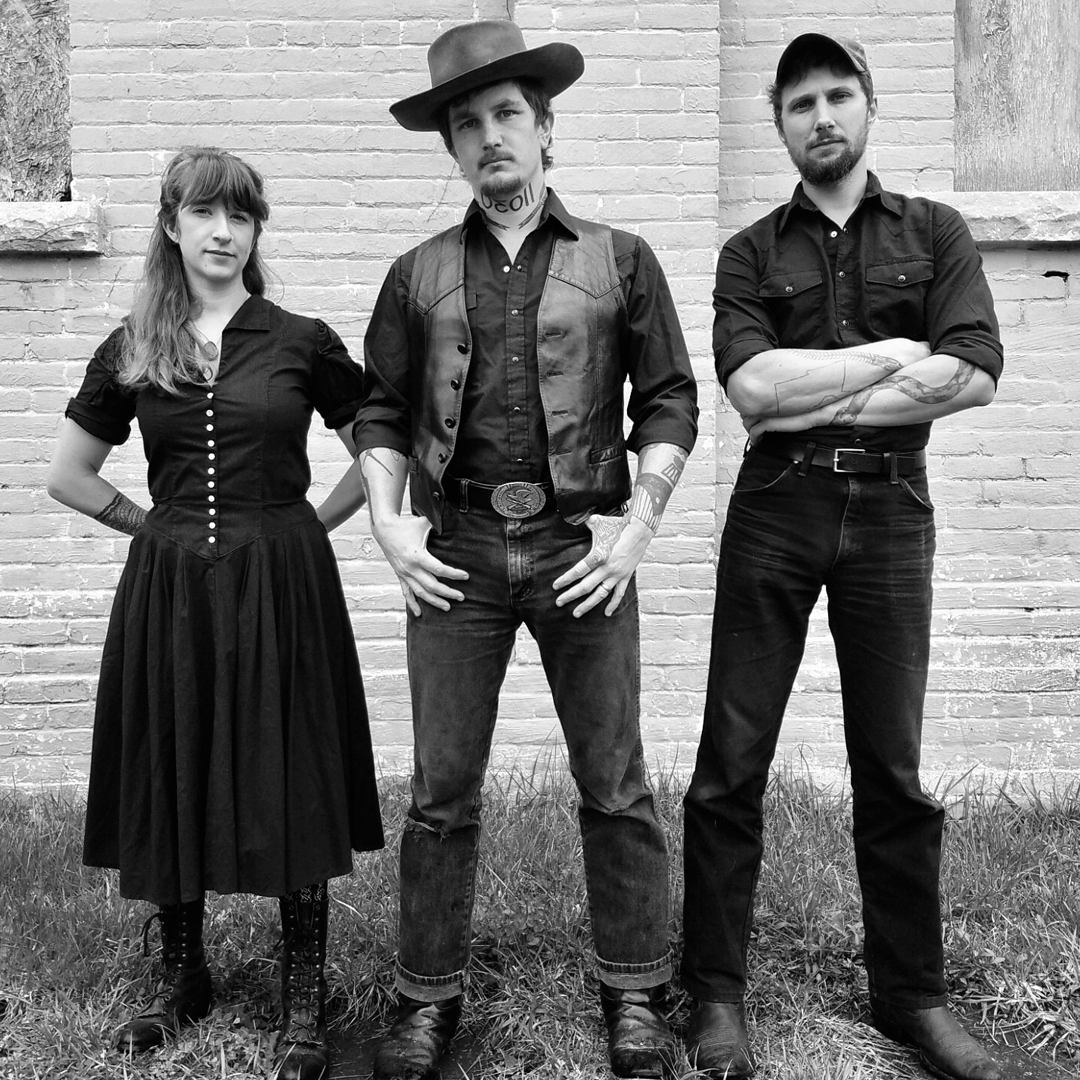 Tuesday, October 13th at 8p, join Buffalo Iron Works for Lost Street Dog Band with special guest Matt Heckler. Admission is $15 in advance and $20 on the day of the show. For more information, or to purchase tickets, click here.

“I wanted to dig under the darkest impulses of humanity for this album, and that is violence, selfishness, and destruction,” says Benjamin Tod, guitarist, vocalist, and primary songwriter of Americana trio Lost Dog Street Band. The Muhlenberg County, Kentucky-based group’s latest album, its fifth overall, Weight Of A Trigger, is a potent distillation of its outlaw heartache soul.

The dark impulses Ben sings about are simply the demons that have driven him since he was a teen. At 16, Ben left home to play music on the streets. Since then, he’s lived under bridges, rotted in jails, sought shelter hopping freight trains, battled addiction, and seen friends turn blue in the face and die. In some states, he remains a wanted man with active warrants. Though Ben has been aimless, and destructive, he’s always been prolific through exorcising his demons in song.