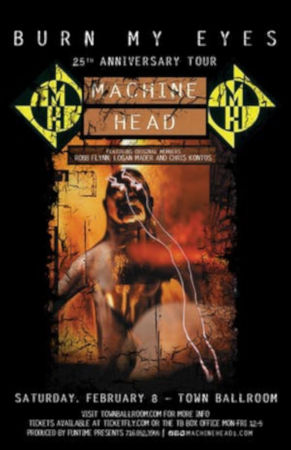 Machine Head was started by the two ex-“Vio-Lence” members Robert Flynn and Adam Duce. The band has been plagued by lineup changes and drug abuse since its inception.

Though the band’s first album was a success, Machine Head had a series of albums that earned the band criticism for “selling out”. With 5 former members, the band nearly disbanded in 2002 after Roadrunner Records dropped them. The band resigned soon after and had a stable line-up from 2003-2013. In February of 2013 it was announced that after 21 years Duce left the band leaving Flynn the only remaining original member.

In 2007 Machine Head had a Grammy Award nomination for their album “The Blackening”. Click here, to purchase tickets and for more information.