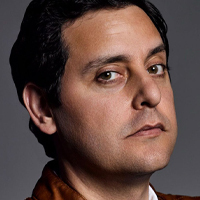 Saturday, December 31st Helium Comedy Club is featuring Ben Gleib. TBS called Ben Gleib one of “the funniest comedians working today”. He’s one of the lead actors on the new anthology series “Just Beyond” on Disney+. He’s the host and head writer of the Emmy nominated game show “Idiotest” on Game Show Network & Pluto TV (Formerly Netflix). His hilarious hour stand-up special “Neurotic Gangster“ is now on Amazon Prime. For 7 years he was one of the stars of “Chelsea Lately” on E! He’s the voice of Marshall the Sloth in “Ice Age” and the voice of Dali in “The Book of Life”. And he can be seen in the “Jay & Silent Bob Reboot” movie. His podcast “Last Week on Earth” debuted at #9 on iTunes Comedy, and was #1 on stitcher for 20 straight weeks.

There are showtimes at 8pm and 10:30pm. The 10:30pm show includes party favors and a champagne toast at midnight. For more information and tickets, click here.