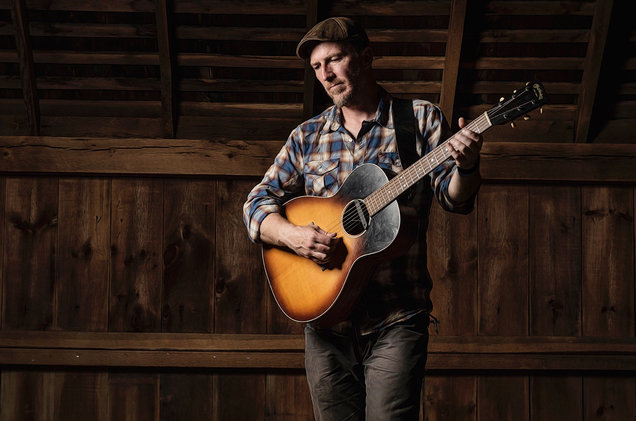 Thursday, September 26th at 8p, join the 9th Ward at Babeville for Peter Mulvey with special guest Diana Chittester. Doors will open at 7p and tickets are $15-$17. For more information or to purchase tickets, click here.

Peter Mulvey has been a songwriter, road-dog, raconteur and almost-poet since before he can remember. Raised working-class Catholic on the Northwest side of Milwaukee, he took a semester in Ireland, and immediately began cutting classes to busk on Grafton Street in Dublin and hitchhike through the country, finding whatever gigs he could. Back stateside, he spent a couple years gigging in the Midwest before lighting out for Boston, where he returned to busking (this time in the subway) and coffeehouses. Small shows led to larger shows, which eventually led to regional and then national and international touring. The wheels have not stopped since.

Diana Chittester stands on stage with an arsenal of acoustic guitars. Whether she’s solo or with her 4-piece band, the show is always brought to life with signature percussive multi-part playing, mimicking a full band on a solo acoustic guitar without the use of gadgets or a looper. She blends her intricate finger-picking guitar style with intelligent and articulate lyrics. The personal stories and vulnerability she shares on stage resonate with audiences as she invites them along on her journey.