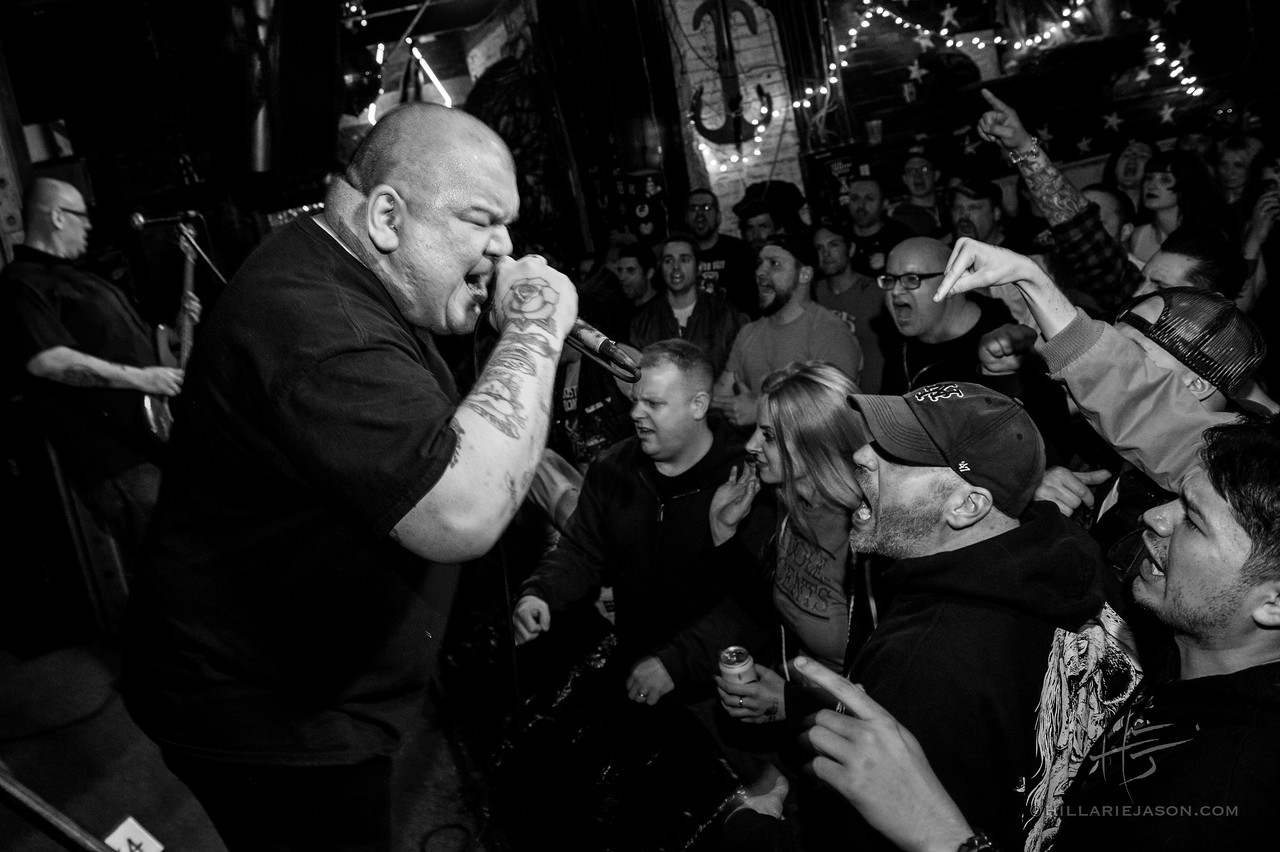 Tuesday, March 3rd, join Mohawk Place for NYC hardcore legends, Sheer Terror. Special guests for the evening will be Final Declaration and Wrong The Opressor. Doors will open at 7:30p and admission is $15 and $18 on the day of the show. For more information, or to purchase tickets, click here.

Throughout the late ’80s and early ’90s, Sheer Terror were one of the linchpins of the New York hardcore and crossover scenes, preaching electric sermons of violent camaraderie at those infamous CBGB Sunday matinees alongside contemporaries such as Agnostic Front and the Cro-Mags. Emerging in the mid-’80s, the band influenced a whole generation of aggro-rockers with their seminal 1989 release Just Can’t Hate Enough, which married the caustic bite of punk with the crushing intensity of heavy metal. Lineup changes and shifting musical styles resulted in the band parting ways in 1998, but they re-formed in 2004 for a pair of reunion shows, and went on to release their first studio LP in 18 years, Standing Up for Falling Down, in 2014.