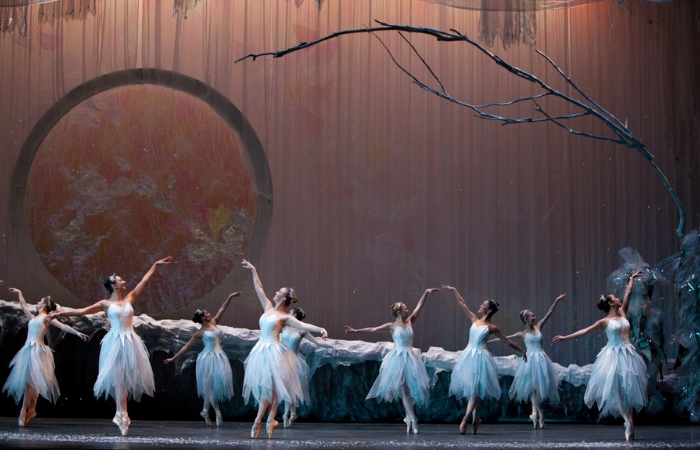 The Nutcracker is still  going strong as the company gears up to perform its 10th Anniversary presentation of the holiday treat at Shea’s Performing Art Center with the Buffalo Philharmonic Orchestra.  In Neglia’s traditional staging of The Nutcracker, we follow young Marie on her journey through a wondrous battle scene, a breathtaking winter wonderland, and delectable land of sweets. The Buffalo News has called the production “a holiday spectacle capable of eliciting wide-eyed wonder in children of all ages.”

International stars and local favorites complete a cast that brings the annual holiday favorite to life. For the tenth consecutive year, Neglia Ballet Artists is collaborating with Shea’s Performing Arts Center and the Buffalo Philharmonic Orchestra playing Tchaikovsky’s cherishedscore. Reviewer Steve Sucato said the collaboration reinforces “that love affair with a magical production that excited the senses and warmed the hearts of audience members of all ages.”

This year, the addition of world-class award-winning guest artists take the production to new heights. Sergii Sidorsky will perform the role of the Prince. Sidorsky is a graduate of the Kiev State Choreographic School and former Principal dancer with the Schevchenko National Ballet Theater in Ukraine. He is considered to be an  honored artist of Ukraine. He has won numerous awards including, a silver medal at the IV Serge Lifar International Ballet Competition, best performance in a pas de deux and the Marius Petipa award for outstanding performance in classical dance  in the VIII Open Russian Ballet Competition. Sidorsky  has been an invited guest artist for international ballet galas, gracing the most prestigious ballet theatres in the wold including, the Bolshoi, Mariinsky and Royal Ballet. The esteemed role of Sugar Plum Fairy will be performed by  Gretel Batista. Born in Cuba, she received her training at the Cuban National Ballet School. Later she moved to the United States and joined the Orlando Ballet and is currently a principal dancer with the Dance Alive National Ballet. Batista has toured throughout South America and Europe and was invited to perform in the International Ballet Festival of Miami.

Performances will take place on Saturday December 22nd at 7p and Sunday, December 23rd at 2p.