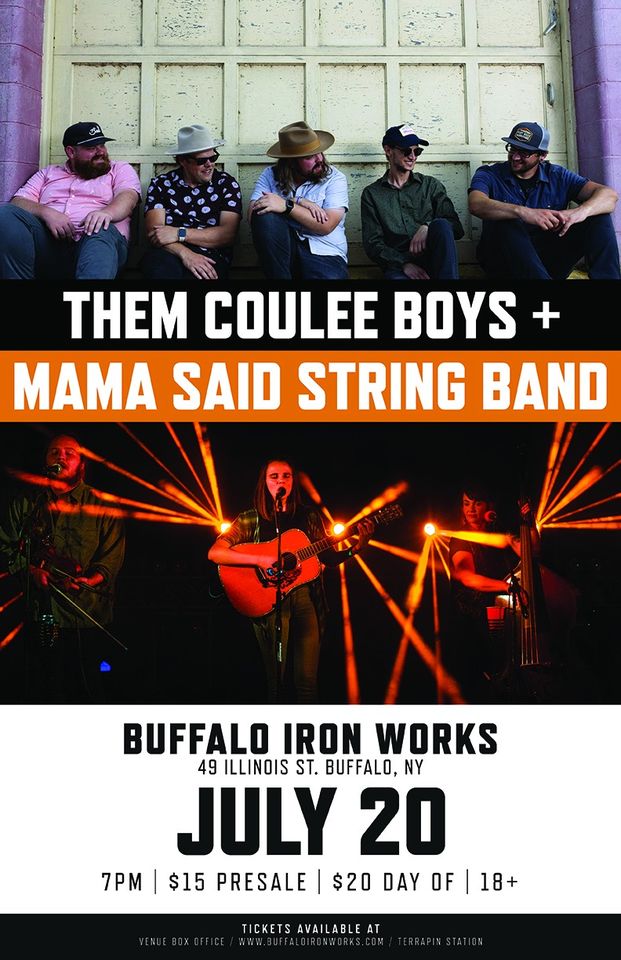 Wednesday, July 20th, Them Coulee Boys and Mama Said String Band perform at at Buffalo Iron Works. The show starts at 7pm and tickets begin at $15. For more information and tickets, click here.

Them Coulee Boys released their fourth album in 2021, Namesake, a ten-song collection that spans from pure and genuine ballads to a leaping, countrified take on rock and roll. Singles from the recording have premiered via The Bluegrass Situation, Ditty TV, and Live for Live.

Mama Said String Band is an instant classic. Since 2016 they’ve been bringing their own brand of the grassroots music you’re so used to hearing to stages everywhere. Based out of Louisville, KY, Mama Said String Band brings a refreshing reinvention to Bluegrass, Folk, and Americana while focusing on vocal harmonies and contemporary instrumentation.