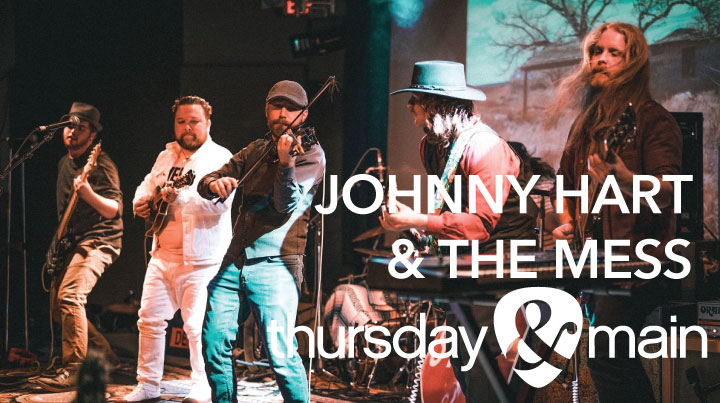 Thursday, August 5th will feature Johnny Hart & The Mess. Johnny Hart & The Mess celebrate the history of rock n roll with a modern twist. Their riff driven sound and vocal collaborations carry on the tradition of their biggest influences while paving the way for a new form of rock n’ roll in the modern era. The band is very energetic, passionate and driven both at live performances and in studio. Grace Stumberg will open the evening of the performance.