Thursday & Main: Miller & The Other Sinners 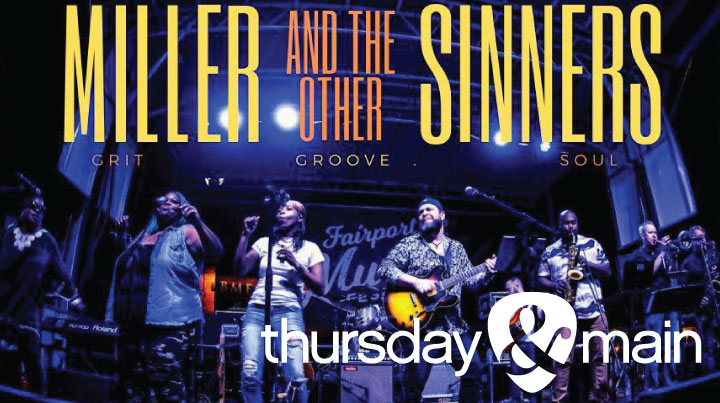 Thursday, July 22nd will feature Miller & The Other Sinners. Miller and The Other Sinners is a nationally touring Southern Soul band from Buffalo, bringing a blend of gut bucket delta grit, memphis soul, gospel spirit and funky rhythm and blues. Think Tedeschi Trucks Band meets Chris Stapleton with a side of funky jam band. Whether its David Miller solo, or all the way up to the 9 piece band, Miller and The Other Sinners has an unforgettable show filled with infectious grooves and tremendous musicianship all supporting well written songs that really connect.