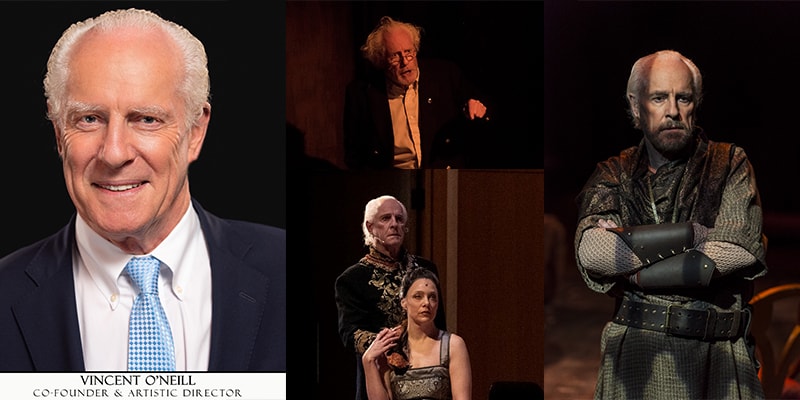 Monday, September 12th a ceremony celebrating the new installation of Vincent O’Neill’s star takes place at the Plaza of Stars. The ceremony begins at 5:30pm is open-to-the-public. For more information, click here.

Artistic Director Emeritus and Co-Founder of the celebrated Irish Classical Theatre Company, Vincent O’Neill trained as an actor at the Abbey Theatre School of Acting, attached to Ireland’s National Theatre.

Since relocating to Western New York in 1989, he has worked both as actor and director in all the region’s major theatres. In Western New York, he won the first ever Artvoice (Artie) Award for Outstanding Actor. He was also awarded Artie Awards in the categories of Outstanding Director; Outstanding Playwright; and the Career Achievement Award.