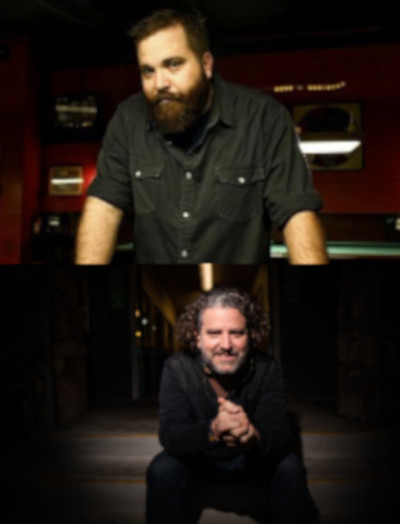 Dave Stone is based in Los Angeles by way of Atlanta. He made his television debut on The Late Late Show with Craig Ferguson in 2013 and in the same year joined the prestigious ‘New Faces’ roster for the Just For Laughs Festival in Montreal. Since then, he has been seen on season 8 of NBC’s Last Comic Standing, Viceland’s Flophouse, and Travel Channel’s Cheat Day Chow Down. When not headlining clubs across the country, Dave can be heard voicing several characters on Adult Swim’s Squidbillies, co-hosting his paranormal podcast The Boogie Monster with Kyle Kinane, and co-hosting The Stonebergs Podcast with his fiancé, Katie Strandberg.

Ryan Singer is a comic’s comic who electrifies mainstream audiences with material that is both uncompromising and unpretentious. He’s been seen on IFC and SyFy, and has released 4 full-length comedy albums: Free Love, Immortal for Now, Comedy Wonder Town, and How to Get High Without Drugs, 3 of which were chosen as Top Comedy Album of the Year. He is the creator and host of the popular Me & Paranormal You, which is a twice-weekly mindcast (podcast) in which he has in-depth interviews with paranormal investigators, experiencers, and members of secret societies. Singer was selected by LA Weekly as one of ’10 LA Comics to Watch,’ mentioned in NY Magazine as a ‘Comic to Watch,’ was one of 4 finalists in CMT’s Next Big Comic Contest, is a frequent guest on the WTF Podcast with Marc Maron and The Bob & Tom Show, and his joke “United Snacks of America” has nearly 11 million streams on Pandora.