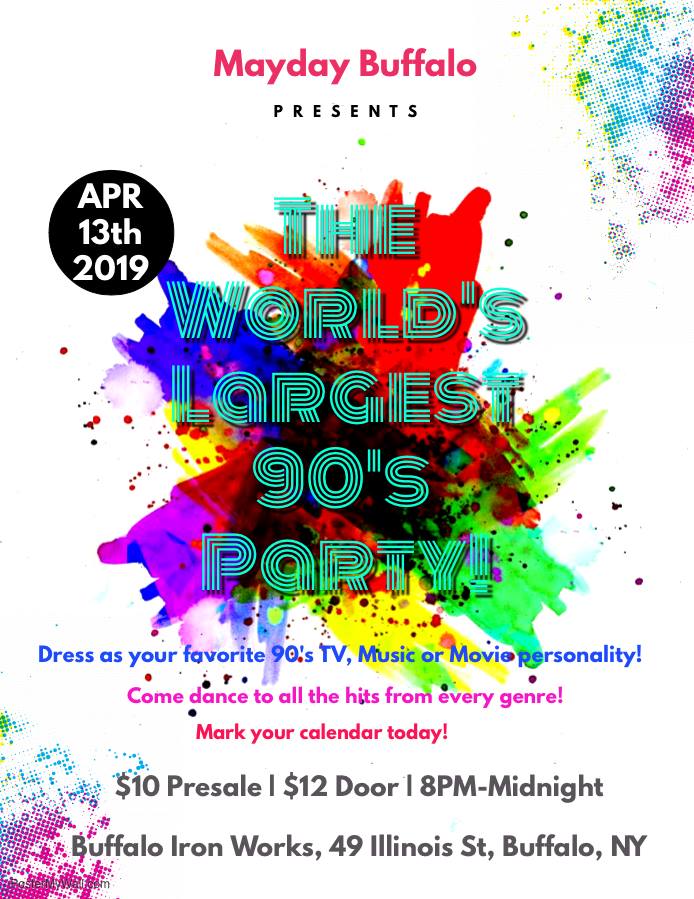 After the immense success of the sellout 2016 event, The World’s Largest 90’s Party presented by award winning band Mayday Buffalo has returned, and is poised to be bigger and better than ever!  Join in the fun on Saturday, April 13th at 8p. Dress up in 90s attire or as a 90s tv, music, or movie personality! Mayday Buffalo will be performing all of the biggest hits of the era spanning all genres.

This event is now sold out. Click here for details.